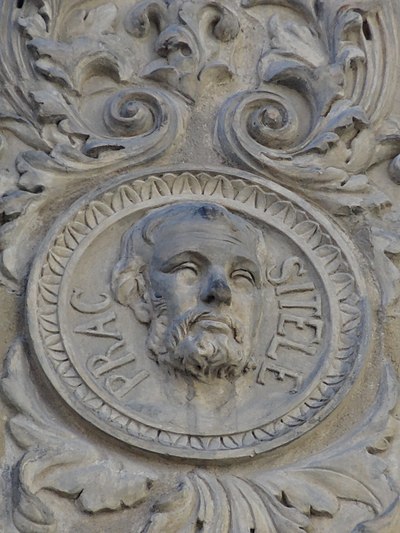 Praxiteles (/prækˈsɪtɨliːz/; Greek: Πραξιτέλης) of Athens, the son of Cephisodotus the Elder, was the most renowned of the Attic sculptors of the 4th century BC. He was the first to sculpt the nude female form in a life-size statue. While no indubitably attributable sculpture by Praxiteles is extant, numerous copies of his works have survived; several authors, including Pliny the Elder, wrote of his works; and coins engraved with silhouettes of his various famous statuary types from the period still exist.A supposed relationship between Praxiteles and his beautiful model, the Thespian courtesan Phryne, has inspired speculation and interpretation in works of art ranging from painting (Gérôme) to comic opera (Saint-Saëns) to shadow puppetry (Donnay).Some writers have maintained that there were two sculptors of the name Praxiteles. One was a contemporary of Pheidias, and the other his more celebrated grandson. Though the repetition of the same name in every other generation is common in Greece, there is no certain evidence for either position.