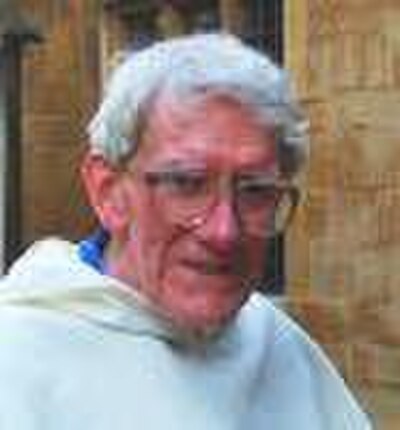 Herbert McCabe (1926–2001) was an English-born Irish Dominican priest, theologian and philosopher, who was born in Middlesbrough in the North Riding of Yorkshire. After studying chemistry and philosophy at Manchester University, he joined the Dominicans in 1949, where under Victor White he began his lifelong study of the works of Thomas Aquinas. He was also a student of Columba Ryan.He became editor of the journal New Blackfriars in 1965 but was removed in 1967 following a now-famous editorial in that journal in which he criticised the theologian Charles Davis for having left the Catholic Church. Davis left publicly, denouncing the church as corrupt. McCabe countered that of course the Church was corrupt but that this was no reason to leave it. He was reinstated three years later, and began his editorial that month in characteristically combative style: "As I was saying, before I was so oddly interrupted..." He spent many years teaching at Blackfriars, Oxford University, writing four books, The New Creation, a study of the Sacraments, in 1964; Law, Love and Language, on the centrality of language in ethics, in 1968; The Teaching of the Catholic Church, a short catechism, in 1986; and God Matters, a collection of his articles, in 1987.[citation needed]He was a member of the Slant group, and unafraid of criticising what he perceived as erroneous applications of the Roman Catholic tradition, such as the ban on contraception in Humanae Vitae, and the reservation of priestly ordination to men.[citation needed]McCabe's sermons were carefully prepared and delivered with great intelligence and wit. A major theme was a caution against making God a god, of reducing the Creator to an object within this world, and thus committing idolatry. In 1974 McCabe became an Irish citizen.