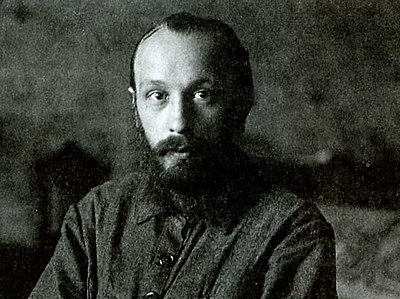 Mikhail Mikhailovich Bakhtin (Russian: Михаи́л Миха́йлович Бахти́н, pronounced [mʲɪxʌˈil mʲɪˈxajləvʲɪtɕ bʌxˈtʲin]; November 17, 1895 – March 7, 1975) was a Russian philosopher, literary critic, semiotician and scholar who worked on literary theory, ethics, and the philosophy of language. His writings, on a variety of subjects, inspired scholars working in a number of different traditions (Marxism, semiotics, structuralism, religious criticism) and in disciplines as diverse as literary criticism, history, philosophy, sociology, anthropology and psychology. Although Bakhtin was active in the debates on aesthetics and literature that took place in the Soviet Union in the 1920s, his distinctive position did not become well known until he was rediscovered by Russian scholars in the 1960s.