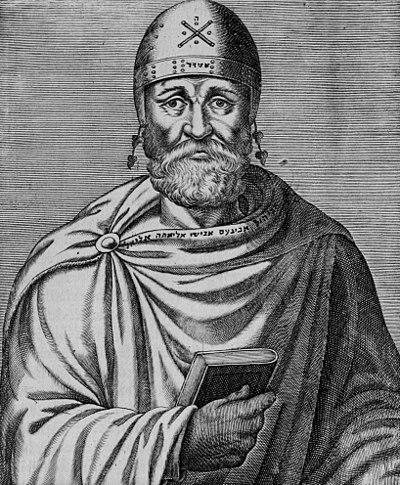 Philo of Alexandria (Greek: Φίλων, Philōn; c. 20 BCE – c. 50 CE), also called Philo Judaeus, was a Hellenistic Jewish philosopher who lived in Alexandria, Egypt, during the Roman Empire.Philo used philosophical allegory to attempt to fuse and harmonize Greek philosophy with Jewish philosophy. His method followed the practices of both Jewish exegesis and Stoic philosophy. His allegorical exegesis was important for several Christian Church Fathers, but he has barely any reception history within Judaism. He believed that literal interpretations of the Hebrew Bible would stifle humanity's view and perception of a God too complex and marvelous to be understood in literal human terms.[citation needed]Some scholars hold that his concept of the Logos as God's creative principle influenced early Christology. Other scholars, however, deny direct influence but say both Philo and Early Christianity borrow from a common source.The few biographical details known about Philo are found in his own works, especially in Legatio ad Gaium (Embassy to Gaius), and in Josephus. The only event in his life that can be decisively dated is his participation in the embassy to Rome in 40 CE. He represented the Alexandrian Jews before Roman Emperor Caligula because of civil strife between the Alexandrian Jewish and Greek communities.