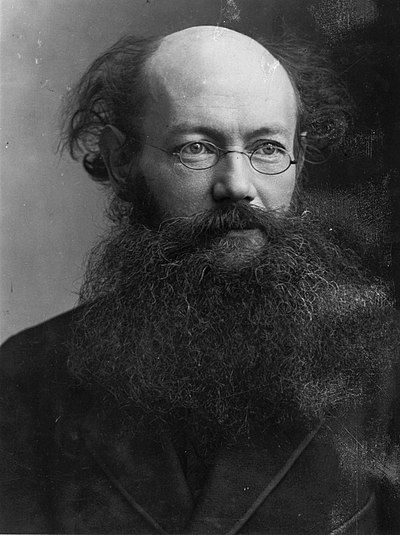 Prince Pyotr Alexeyevich Kropotkin (Russian: Пётр Алексе́евич Кропо́ткин; 9 December 1842 – 8 February 1921) was a Russian geographer, economist, activist, philologist, zoologist, evolutionary theorist, philosopher, writer and prominent anarchist.Kropotkin advocated a communist society free from central government and based on voluntary associations between workers. He wrote many books, pamphlets and articles, the most prominent being The Conquest of Bread and Fields, Factories and Workshops, and his principal scientific offering, Mutual Aid: A Factor of Evolution. He also contributed the article on anarchism to the Encyclopædia Britannica Eleventh Edition.