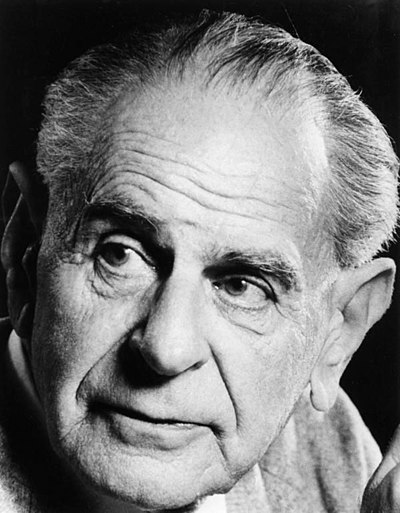 Karl Raimund Popper CH FBA FRS (28 July 1902 – 17 September 1994) was an Austrian-British philosopher and professor at the London School of Economics. He is generally regarded as one of the greatest philosophers of science of the 20th century. Popper is known for his rejection of the classical inductivist views on the scientific method, in favour of empirical falsification: A theory in the empirical sciences can never be proven, but it can be falsified, meaning that it can and should be scrutinized by decisive experiments. If the outcome of an experiment contradicts the theory, one should refrain from ad hoc manoeuvres that evade the contradiction merely by making it less falsifiable. Popper is also known for his opposition to the classical justificationist account of knowledge which he replaced with critical rationalism, "the first non justificational philosophy of criticism in the history of philosophy". In political discourse, he is known for his vigorous defence of liberal democracy and the principles of social criticism that he came to believe made a flourishing "open society" possible.