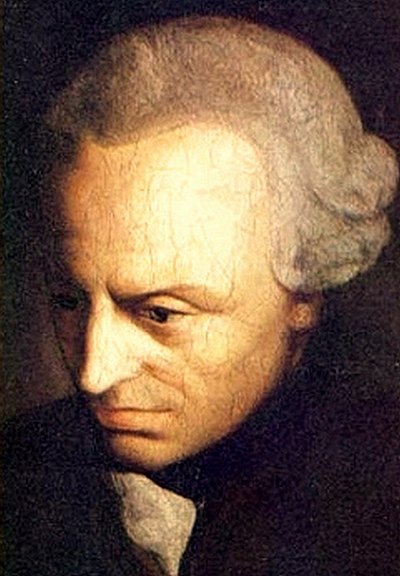 Immanuel Kant (German: [ɪˈmaːnu̯eːl kant]; 22 April 1724 – 12 February 1804) was a German philosopher who is widely considered to be a central figure of modern philosophy. He argued that human concepts and categories structure our view of the world and its laws, and that reason is the source of morality. His thought continues to have a major influence in contemporary thought, especially in fields such as metaphysics, epistemology, ethics, political philosophy, and aesthetics.Kant's major work, the Critique of Pure Reason (Kritik der reinen Vernunft, 1781), aimed to bring reason together with experience and to move beyond what he took to be failures of traditional philosophy and metaphysics. He hoped to end an age of speculation where objects outside experience were seen to support what he saw as futile theories, while resisting the skepticism of thinkers such as David Hume.Kant proposed a "Copernican Revolution-in-reverse". In simple terms, Kant argued that our experiences are structured by necessary features of our minds. The mind shapes and structures experience so that, on an abstract level, all human experience shares certain essential structural features. Among other things, Kant believed that the concepts of space and time are integral to all human experience, as are our concepts of cause and effect. We never have direct experience of things, the noumenal world, and what we do experience is the phenomenal world as conveyed by our senses. These observations summarize Kant's views upon the subject–object problem.Kant published other important works on ethics, religion, law, aesthetics, astronomy, and history. These included the Critique of Practical Reason (Kritik der praktischen Vernunft, 1788), the Metaphysics of Morals (Die Metaphysik der Sitten, 1797), which dealt with ethics, and the Critique of Judgment (Kritik der Urteilskraft, 1790), which looks at aesthetics and teleology. He aimed to resolve disputes between empirical and rationalist approaches. The former asserted that all knowledge comes through experience; the latter maintained that reason and innate ideas were prior. Kant argued that experience is purely subjective without first being processed by pure reason. He also said that using reason without applying it to experience only leads to theoretical illusions. The free and proper exercise of reason by the individual was a theme both of the Age of Enlightenment, and of Kant's approaches to the various problems of philosophy.His ideas influenced many thinkers in Germany during his lifetime, and he moved philosophy beyond the debate between the rationalists and empiricists. The philosophers Johann Gottlieb Fichte, Friedrich Wilhelm Joseph Schelling, Georg Wilhelm Friedrich Hegel and Arthur Schopenhauer amended and developed the Kantian system, bringing about German idealism.Kant is seen as a major figure in the history and development of philosophy. German and European thinking progressed after his time, and his influence still inspires philosophical work today. Twentieth-century thinkers who have been influenced by Kant include Max Weber and Friedrich Meinecke.