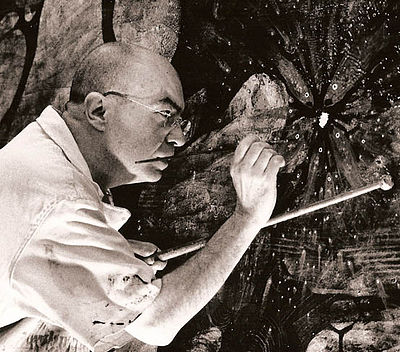 José Alfonso Morera Ortiz, known by his art name El Hortelano (the horticulturist), is a painter. He was one of the main protagonists of the Movida Madrileña, along with artists like Ouka Leele, Ceesepe, Guillermo Pérez Villalta, film director Pedro Almodóvar, singer Alaska and photographer Alberto García-Alix. El Hortelano has had many painting styles – a distorted figurative period, a romantic period of orange tonalities, and later, lyricism and naturalism. Considered one of the most important Spanish artists of his generation, he was awarded the Gold Medal for Merit in Fine Arts on November 3, 2010.