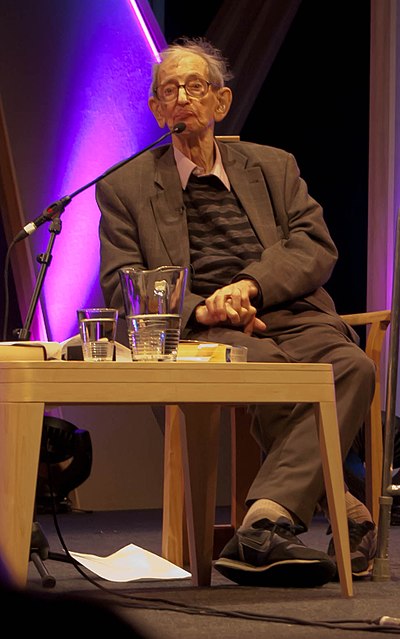 Eric John Ernest Hobsbawm, CH, FBA, FRSL (/ˈhɒbz.bɔːm/; 9 June 1917 – 1 October 2012) was a British Marxist historian of the rise of industrial capitalism, socialism, and nationalism. His best-known works include his trilogy about the long 19th century (The Age of Revolution: Europe 1789–1848, The Age of Capital: 1848–1875 and The Age of Empire: 1875–1914), The Age of Extremes on the short 20th century, and an edited volume which introduced the influential idea of "invented traditions".Hobsbawm's household, which was Jewish, was living in Egypt when Hobsbawm was born. They moved to Vienna, Austria, two years later, and from there to Berlin, Germany. Following the death of his parents and the rise to power of Adolf Hitler, Hobsbawm moved to London with his adoptive family and obtained his PhD in history at the University of Cambridge, before serving in the Second World War. Hobsbawm was president of Birkbeck, University of London for ten years until his death. In 1998 he was appointed to the Order of the Companions of Honour, a UK national honour bestowed for outstanding achievement in the arts, literature, music, science, politics, industry or religion. In 2003 he was the recipient of the Balzan Prize for European History since 1900, "For his brilliant analysis of the troubled history of twentieth-century Europe and for his ability to combine in-depth historical research with great literary talent."