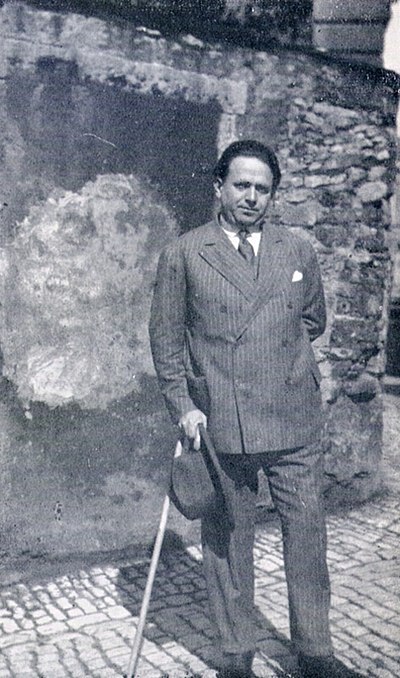 Kurt Tucholsky (German: [tuˈxɔlski]; January 9, 1890 – December 21, 1935) was a German-Jewish journalist, satirist and writer. He also wrote under the pseudonyms Kaspar Hauser, Peter Panter, Theobald Tiger and Ignaz Wrobel. Born in Berlin-Moabit, he moved to Paris in 1924 and then to Sweden in 1930.Tucholsky was one of the most important journalists of the Weimar Republic. As a politically engaged journalist and temporary co-editor of the weekly magazine Die Weltbühne he proved himself to be a social critic in the tradition of Heinrich Heine. He was simultaneously a satirist, an author of satirical political revues, a songwriter and a poet. He saw himself as a left-wing democrat and pacifist and warned against anti-democratic tendencies – above all in politics, the military and justice – and the threat of National Socialism. His fears were confirmed when the Nazis came to power in 1933: his books were listed on the Nazi's censorship as "Entartete Kunst" ("Degenerate Art") and burned, and he lost his German citizenship.