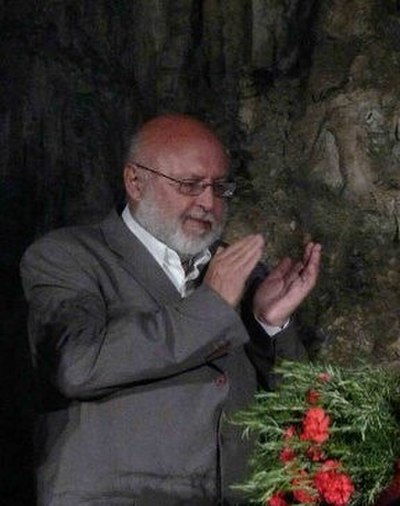 Milan Jesih (born 1950) is a Slovene poet, playwright and translator. He was the president of the Slovene Writers' Association between 2009 and 2011.Jesih was born in Ljubljana in 1950. He studied comparative literature at the University of Ljubljana and was a member of the avant-garde poetry group 442. He is known for his translations from English and Russian into Slovene (Shakespeare, Chekhov, Bulgakov).He won the Prešeren Foundation Award in 1986 for his poetry collection Usta and for his plays, the Jenko Award and the Veronika Award for his poetry colletion Jambi in 2001, and the Grand Prešeren Award in 2002 for his poetic opus.