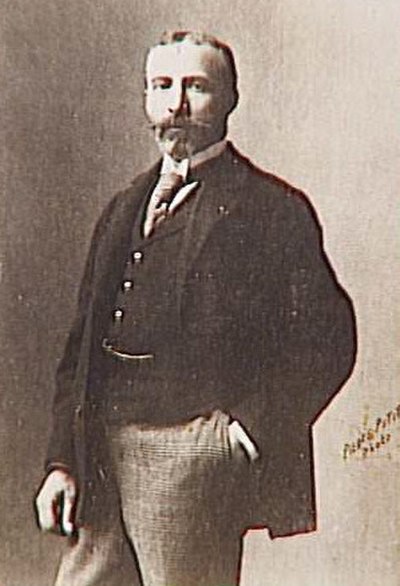 Julien Le Blant (born in Paris, March, 30, 1851, died in Paris, February 28, 1936) was a French painter of military subjects who specialized in the scenes of the Vendee Wars of 1793–1799 that occurred during the French Revolution. Because he came from a family from the Bas-Poitou, part of the old province of Poitou, Le Blant was descended from the French "Blancs" who had opposed the French Revolution and was thus in sympathy with those who rose up and formed the Grand Catholic Army of the Vendee and he spent his artistic career commemorating the events of the rebellion in large works that were exhibited in the annual Paris Salon. Le Blant was a much honored painter and he won a Bronze Medal at the Salon in 1878, a Silver Medal in 1880 and a Gold Medal at the 1889 Exposition Universelle, the Paris World's Fair that commemorated the centennial of the beginning of the French Revolution. Le Blant was also a prolific illustrator, contributing more than five hundred illustratons to dozens of books. Le Blant's last major accomplishment was a large series of drawings, watercolors and paintings of French soldiers on their way home from and departing to the front during the First World War. His work is in a number of public collections, but primarily in France because the subjects he specialized in did not command great popularity abroad.