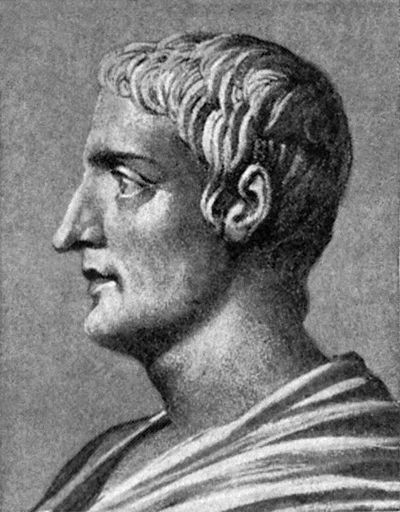 Publius (or Gaius) Cornelius Tacitus (/ˈtæsɨtəs/; Classical Latin: [ˈtakɪtʊs]; c. AD 56 – after 117) was a senator and a historian of the Roman Empire. The surviving portions of his two major works—the Annals and the Histories—examine the reigns of the Roman Emperors Tiberius, Claudius, Nero, and those who reigned in the Year of the Four Emperors (AD 69). These two works span the history of the Roman Empire from the death of Augustus in AD 14 to the years of the First Jewish–Roman War in AD 70. There are substantial lacunae in the surviving texts, including a gap in the Annals that is four books long.Other writings by him discuss oratory (in dialogue format, see Dialogus de oratoribus), Germania (in De origine et situ Germanorum), and the life of his father-in-law, Agricola, the Roman general responsible for much of the Roman conquest of Britain, mainly focusing on his campaign in Britannia (De vita et moribus Iulii Agricolae).Tacitus is considered to be one of the greatest Roman historians. He lived in what has been called the Silver Age of Latin literature. He is known for the brevity and compactness of his Latin prose, as well as for his penetrating insights into the psychology of power politics.