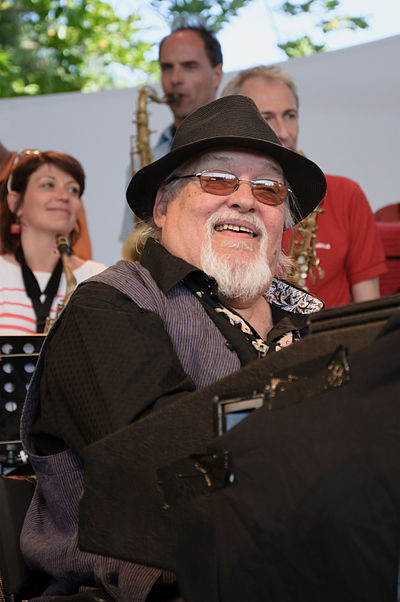 Eddy Louiss (born 2 May 1941 in Paris) is a French jazz musician.His primary instrument is the Hammond organ. As a vocalist, he was a member of Les Double Six of Paris from 1961 through 1963.He has worked with Kenny Clarke, René Thomas, and Jean-Luc Ponty. In 1971 he was a member of the Stan Getz quartet (with René Thomas and Bernard Lubat) that recorded the celebrated Getz album Dynasty.In duet, he has recorded with pianist Michel Petrucciani (1994) and accordionist Richard Galliano (2002). His more recent recordings—for example, Sentimental Feeling and Récit proche—combine jazz with rock and world music.In 1964, he was awarded the Prix Django Reinhardt.