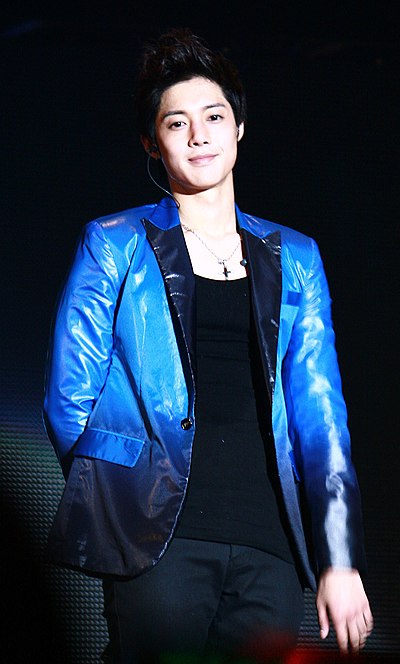 Kim Hyun-Joong (Hangul: 김현중; hanja: 金賢重; born: June 6, 1986) is a South Korean entertainer, actor, and the leader and main rapper of boyband SS501.Kim is well known for his role as Yoon Ji-hoo in the 2009 Korean drama Boys Over Flowers , for which he received the "Popularity Award" at the Seoul International Drama Awards 2009 and the "Popularity Award" at the 45th PaekSang Arts Awards and as Baek Seung-jo in Playful Kiss for which he received "Male Popularity Award" at MBC Drama Awards.and also for his lead role in Playful Kiss" and also for action drama in which he portrayed a character of freedom fighter in Inspiring Generation aka Age Of FeelingsWith the expiration of the contract, Kim left DSP Media, who managed him as part of SS501 and joined KeyEast in 2010. He debuted as a solo artist with his Korean mini albums Break Down and Lucky in 2011. He is a member of the charity football team FC MEN as well as a style icon in Korea, having won several icon awards.