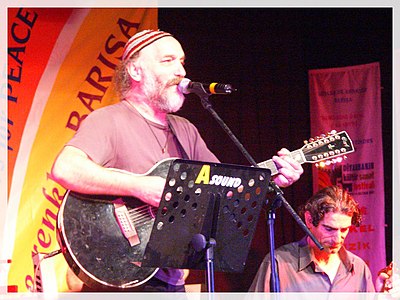 Fuat Saka (born 1952 in Trabzon, Turkey), is a Turkish singer, songwriter, arranger, and guitarist (although he may be more precisely called a multi-instrumentalist).Saka received art training in İstanbul and later music training in France and Germany. He had to leave Turkey in 1980, after the coup for political reasons. He lived in Europe up until 1998, travelling and collaborating with numerous musicians. Saka still divides most of his time between İstanbul, Hamburg, and Paris and tours several countries with his Fuat Saka International Group consisting of German, American, Georgian, and Azerbaijani musicians. He has performed with Greek musicians Nikos Papazoglou and Dionysis Savvopoulos since the mid-1980s.