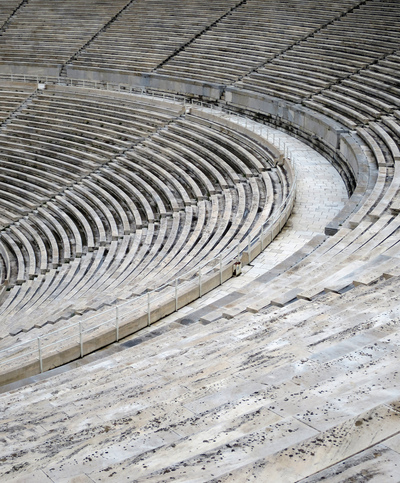 The Panathenaic Stadium / Παναθηναϊκό Στάδιο is a historic stadium in Athens, Greece. It is entirely made from marble.

A stadium has been on this site since 330 BCE but the site was largely abandoned in the 4th century.

It was excavated in 1869 and hosted early versions of the Olympics in the 1870s.

After refurbishment, it hosted the first modern Olympics in 1896 and has continued to be used f...