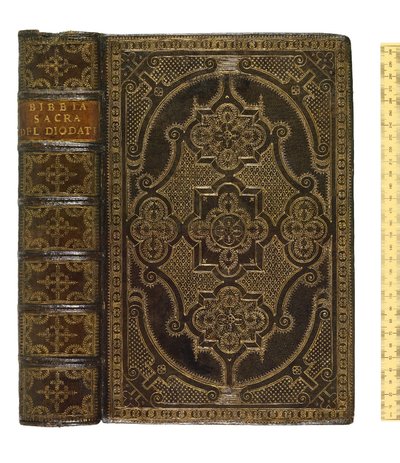 Yapp' edges. English (Cambridge), c. 1630. Brown sheepskin, with pronounced protective 'Yapp' edges. The style of protruding covers, the edges of which fold over to protect the text, became common in the late 16th century. They gradually lost their function and became almost entirely decorative features, as can be seen on this example.