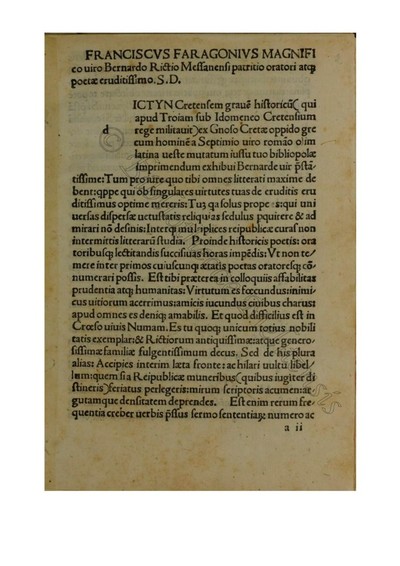 Dictys Cretensis was said to have been a functionary of the Cretan leader Idomeneus and accompanied him from Knossos to the siege of Troy. Ordered to record in writing the events of the Trojan War, he wrote a pro-Greek account of the campaign on linden tablets in the Phoenician alphabet. The manuscript of this work was said to have been found in Knossos in the 1st century AD.