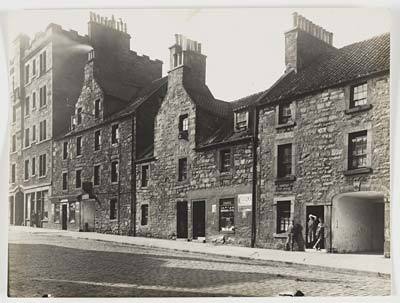 Photograph of a street of two storey houses with four storey building at the right end. There is one archway on the right. In the doorway adjacent there is a group of one women and two boys looking at the camera. There are three shops visible. One has a sign that reads: 'W. Scott Confectioner'. The other two are further up the street and only one sign is ledgible which reads 'James B Baxter'..