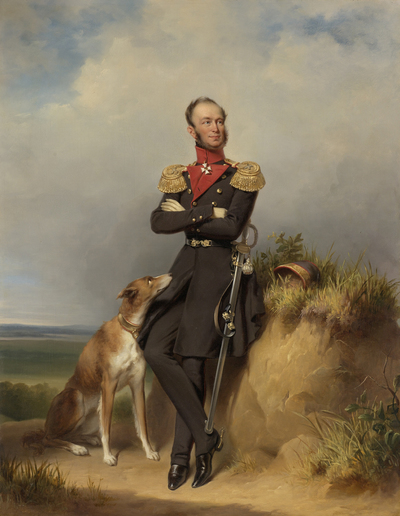 This is a portrait of King William II in military uniform, but with a decidedly informal air. Accompanied by his hound, he poses casually in the dunes, which in the Romantic era was considered the quintessentially Dutch landscape. In 1848 –when revolutions were raging throughout Europe –William II renounced royal autocracy and the Netherlands became a parliamentary democracy.