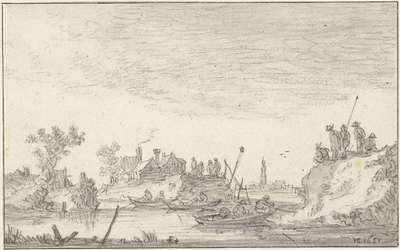 Jan van Goyen must have visited the site of the disaster shortly after it occurred. He recorded the breach in the dike and the flooded countryside in a sketchbook that was disassembled centuries later. This detailed drawing is based on one of those small sketches. For unknown reasons, he added leaves to the trees here, even though at the beginning of March they would still have been bare.