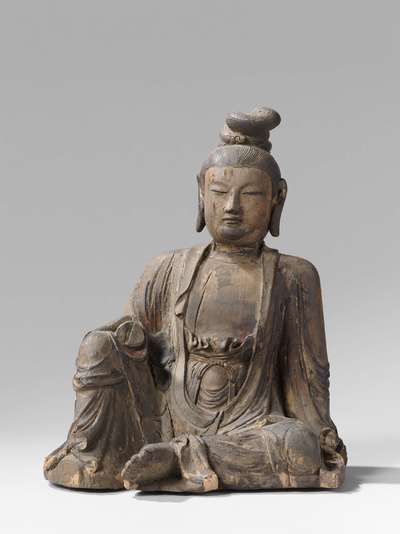 Around 1200 Japanese sculpture underwent major changes, partly as a result of influence from China. Figures began to be represented in more active poses, of the kind demonstrated by this small Chinese sculpture. The large figure of Amida in the centre of the gallery displays this influence, while the sculpture of Amida from before 1200 against the wall is more sedate and less expressive.