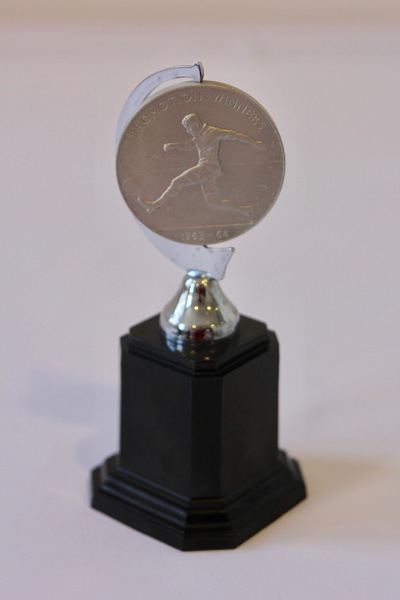 Exeter City achieved their first ever promotion in 1963-64 with a 0-0 draw away at Workington in the last game of the season on April 25th, thereby finishing in 4th place in the old Division 4. This medal was awarded to forward Alan Banks who having joined the club that season from Cambridge City, played his first game for Exeter in the November and finished top goal scorer with 18 league goals