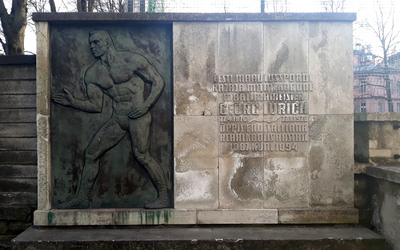 Estonian wrestler and strongman Georg Lurich was a wrestling world champion in the early years of the 20th century, and was the first Estonian to set a world weightlifting record

Born in 1876, he helped to popularise athletics and sport in Estonia and remains a popular figure in Estonia, for a century after his death in 1920.

This memorial is on Estonia puiestee street in Tallinn.