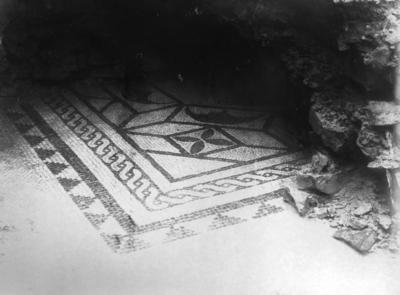 The excavation works of the church of Santa Croce, made several times in the twentieth century, document the original perimeter of the Basilica built by the will of Galla Placidia. The church was later reduced to the current dimensions. Among the mosaics found there are those of a building dating back to the II or III century.