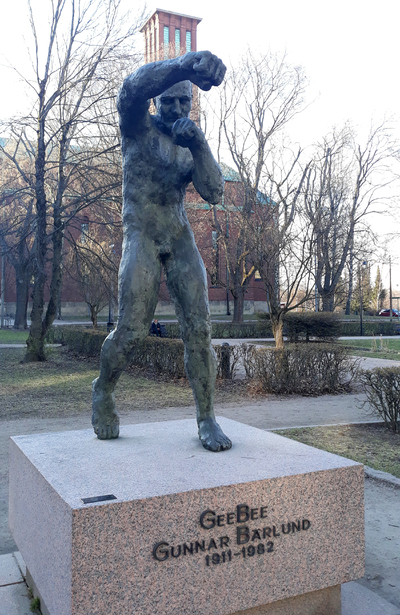 This is a statue of boxer Gunnar Bärlund, located in Helsinki.

Bärlund was a Finnish heavyweight boxer who was born in Helsinki in 1911.

In 1934, he won the European amateur title and turned professional.

In 1936, he moved to the United States, where he fought until his retirement aged 37. He eventually became an American citizen and lived there until his death in 1982.