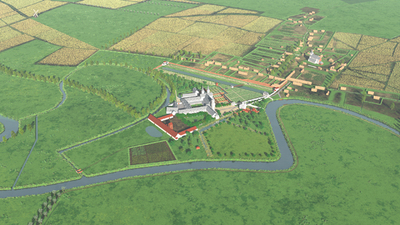 The abbots of the Ename abbey are participating in political life as members of the Parliament of that time. As political matters are not allowed within the abbey walls, the new French gardens with several pavilions allow them to meet their political friends. The abbey shows off its wealth and power, but 65 years later, the French Revolution will make an abrupt end to it.