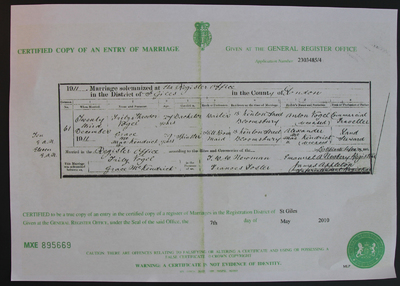 Fritz Theodore Vogel, grandfather of the contributor, was an Austrian national who worked as a waiter at the Strand Palace Hotel, London between 1909-1914. He was married to Grace McKendrick and they had 3 children.