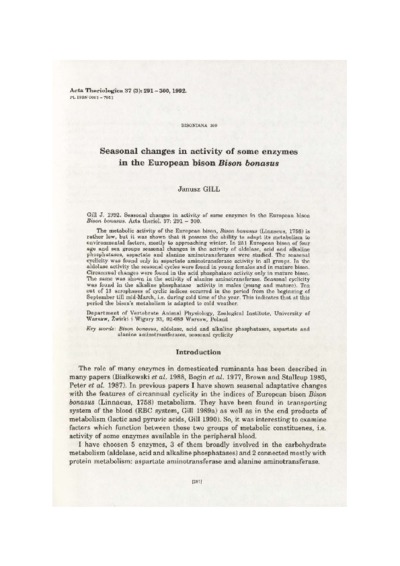 The matabolic activity of the European bison, Bison bonasus (Linnaeus, 1758) is rather low, but it was shown that it possess the ability to adapt its metabolism to environmental factors, mostly to approaching winter. In 251 European bison of four age and sex groups seasonal changes in the activity of aldolase, acid and alkaline phosphatases, aspartate and alanine aminotransferases were studied.