What are men to rocks and mountains?

“What are men to rocks and mountains?” ― Jane Austen, Pride and Prejudice Human exploration of and travel through mountains dates back millennia. It’s only in the last few centuries, though, that exploration of mountains for exploration's sake, or for sport and tourism, has come into existence. 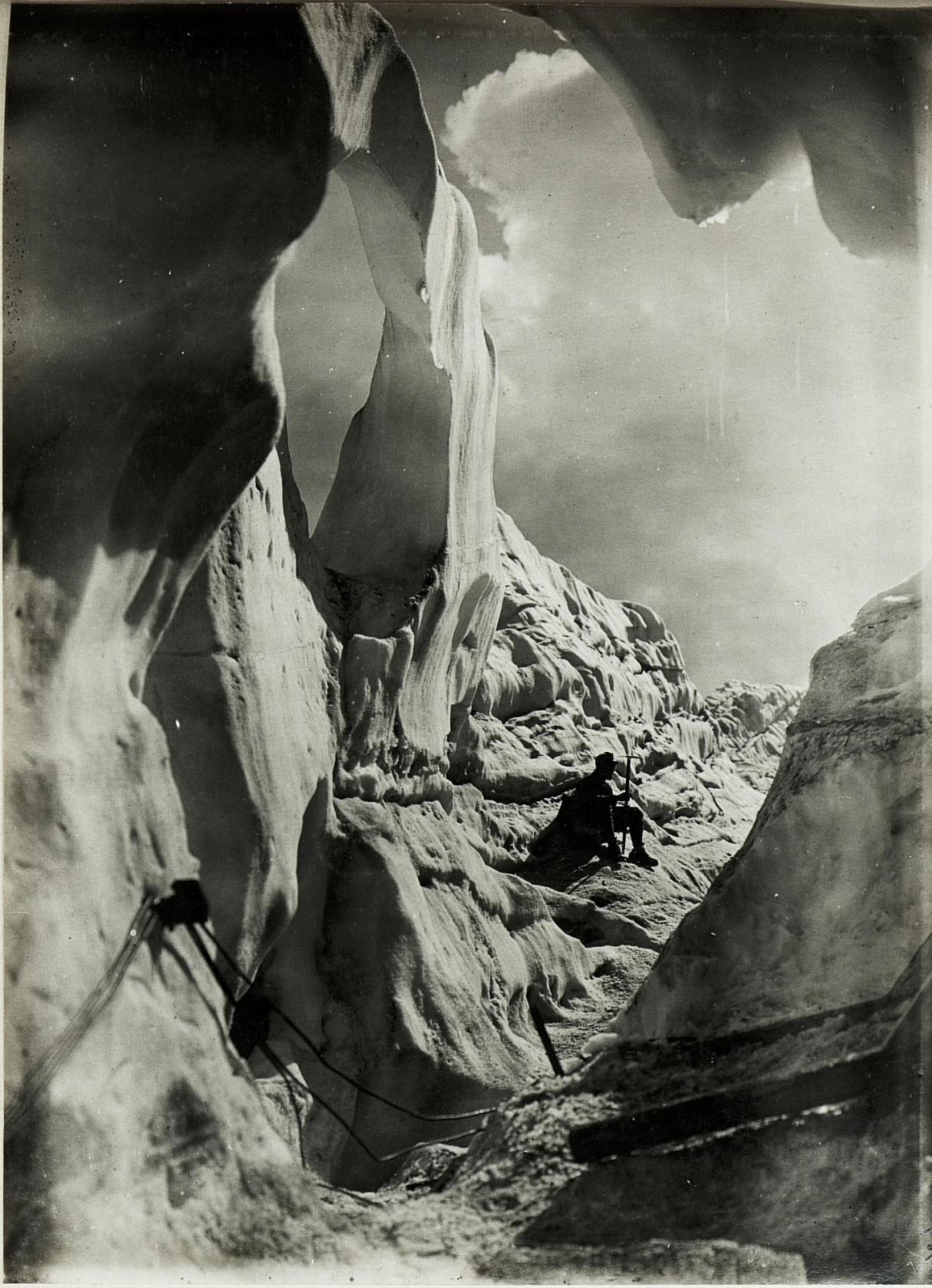 Before exploration - or sport - led people into the mountains, war did it and continues to do so. Mountains form barriers between countries and controlling the passes through them or finding ways around them is vital. Mountains are also particularly difficult places for warfare, the cold and risk of landslides, or falls, adding to the violence of war. 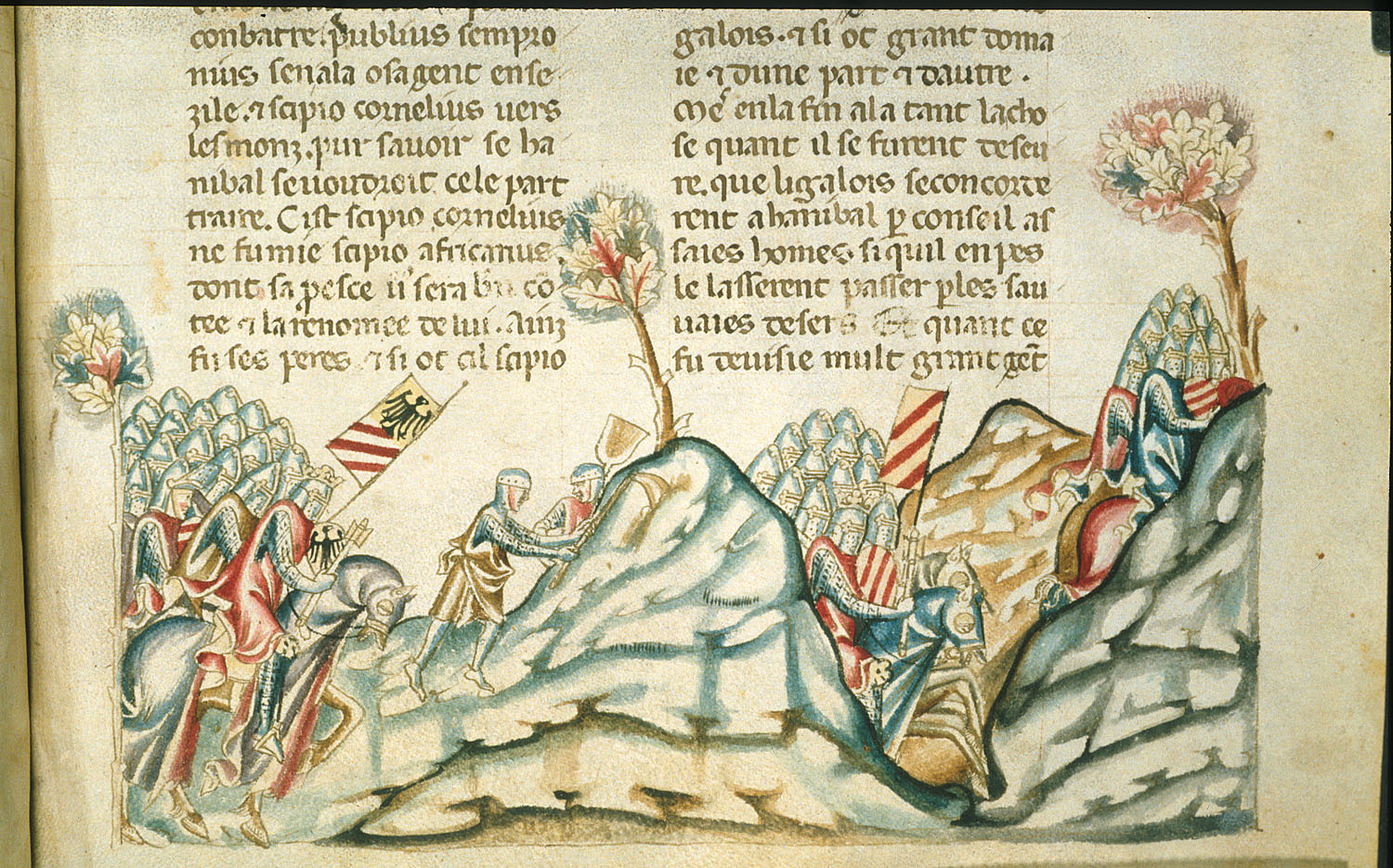 One of the great mountain campaigns - certainly the most famous - is Hannibal’s crossing of the Alps. In 218 BC, the Carthaginian general Hannibal Barca led an army of over 40 thousand, (including 37 war elephants) over the Alps and down into Italy to attack the Roman Republic. The story of Hannibal crossing the Alps became a popular tale of military genius and drama, and has been retold many times. The illustration above, from a medieval manuscript on Roman history, depicts Hannibal and his cavalry in medieval armour passing through the St. Bernard pass, or Mons Jovis. 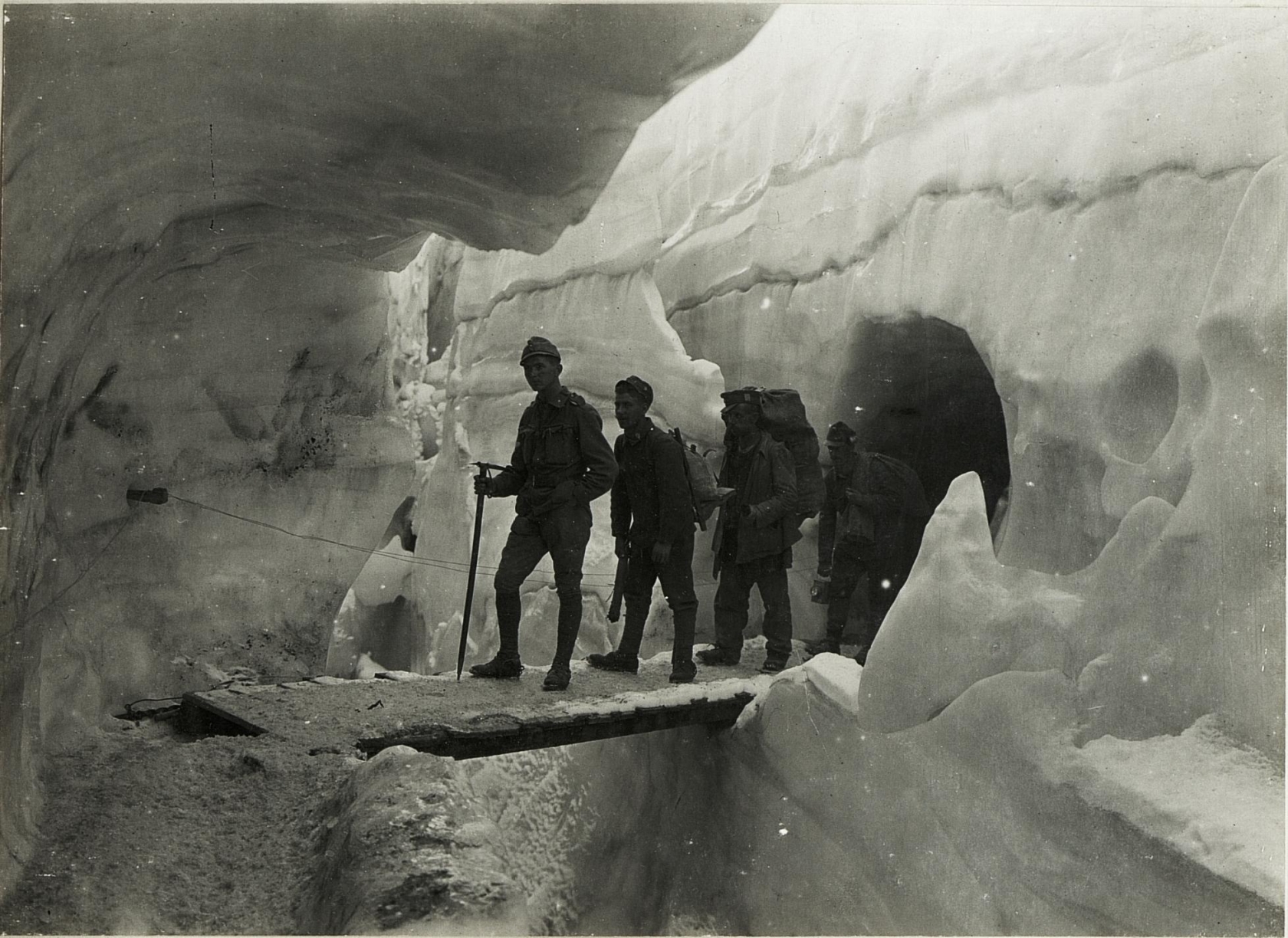 The First World War also led to soldiers into the mountains. While the most common image of this war is of the trenches and no man’s land of northern France, the Austro-Hungarian and Italian armies also fought high up in the Alps and Dolomites, including around Marmolada. Instead of digging trenches, the Austro-Hungarian forces burrowed tunnels into the ice and rock of the mountains. More soldiers died due to the cold and avalanches than from gunfire. 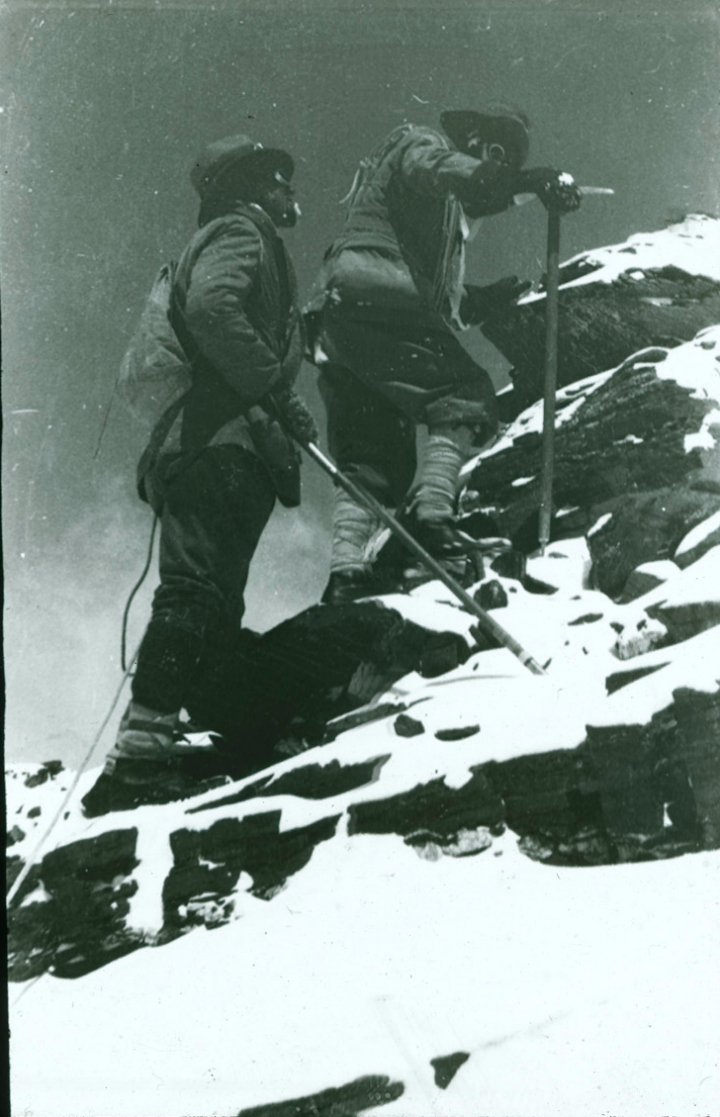 Outside of war, the early mountain climbers organised expeditions for geographical and scientific research, or simply for fame. Their expeditions started in the mountains of Europe and spread to include the highest mountain range in the world, the Himalayas. 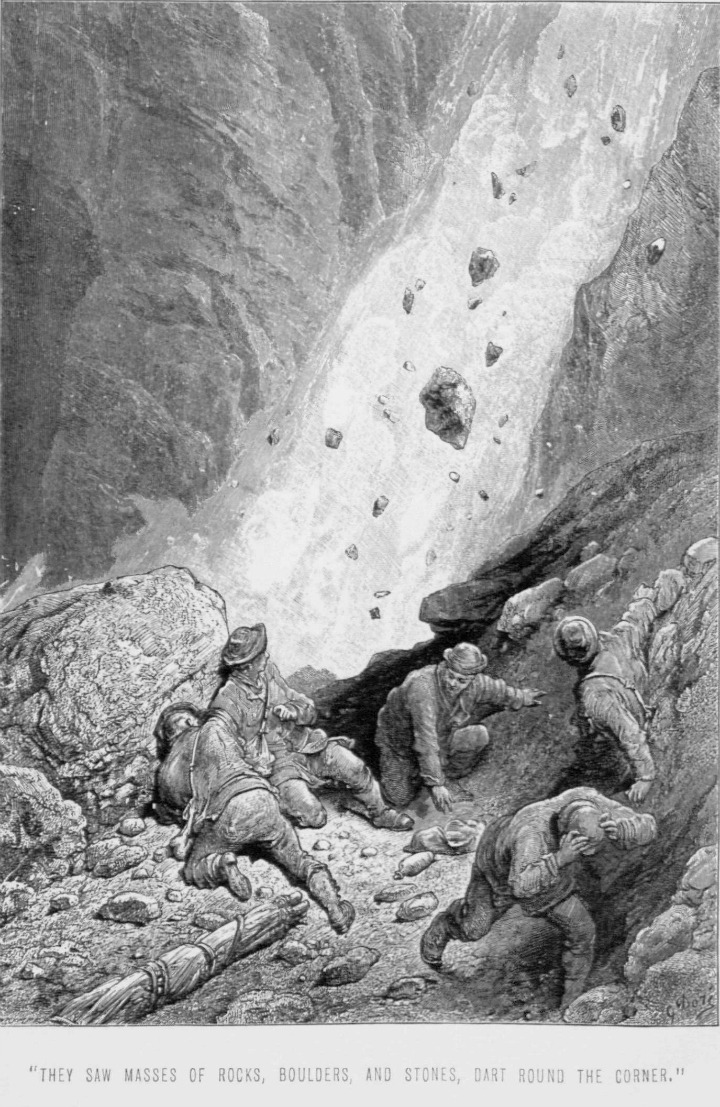 From ‘The ascent of the Matterhorn’, by Edward Whymper, Swiss National Library, Public Domain

Expeditions into the Alps had their golden age in the mid-1800s, when a combination of British ‘alpinists’ and their French or Swiss guides made the first recorded climbs of the French and Swiss Alps. The British Alpine Club was a gathering of these alpinists, including Edward Whymper. He led the first expedition to reach the top of the Matterhorn, one of the deadliest mountains in the world. Tragically, on the descent, the four other British alpinists on the climb: Lord Francis Douglas, Charles Hudson, Douglas Hadow and Michel Croz, all died. 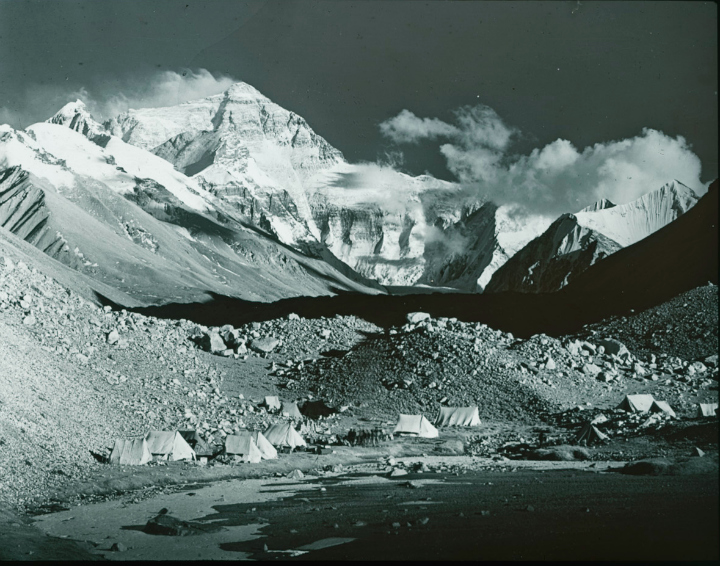 After the Alps came exploration of the Himalayas. The most important of these was the scaling of Mount Everest, the tallest mountain in the world. In 1924, the Second British Everest Expedition made three attempts to reach the top, which ended in tragedy when two climbers, George Mallory and Andrew Irvine, died on the mountain. The expedition team included a naturalist and doctor, Richard Hingston, to study the wildlife and flora of the Himalayas as well as treating injuries and illnesses. He also brought back a range of black and white slides of the expedition. 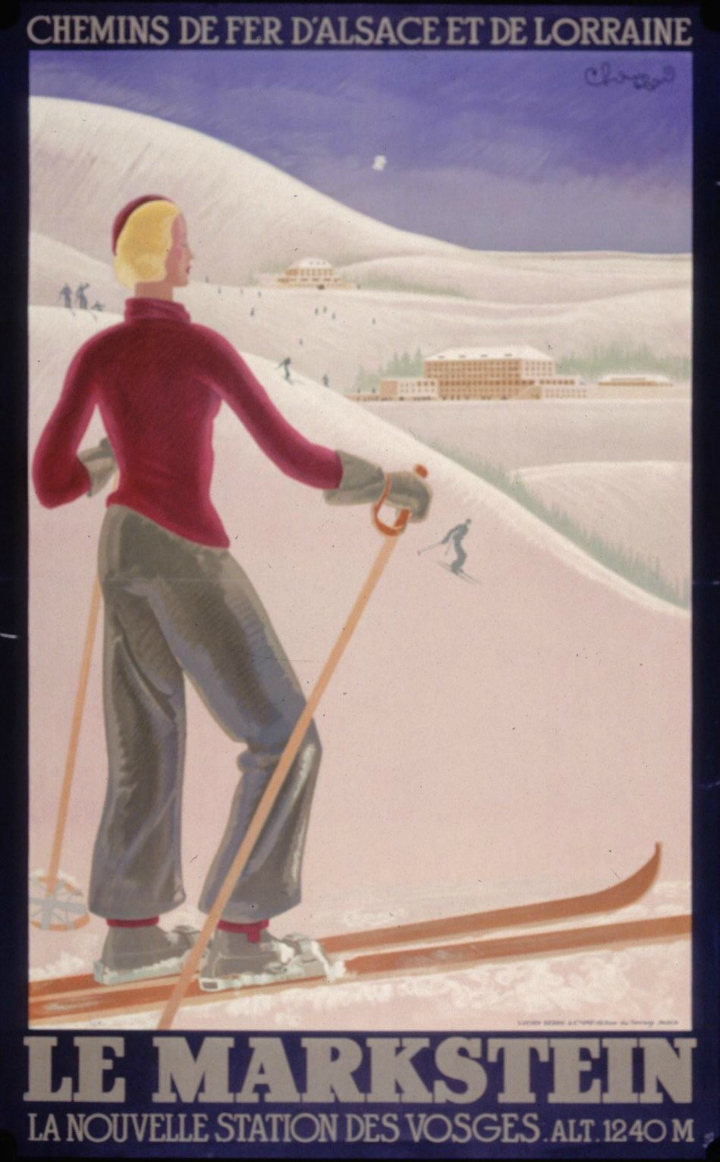 As the first phase of alpinism was finishing, mountains quickly became a site for tourism, as well as difficult explorations. Rather than requiring people to risk their lives climbing the dangerous slopes of the Alps and Himalayas, safe routes, as well as ways to use and enjoy the mountains from the safety of your own home, came into being. 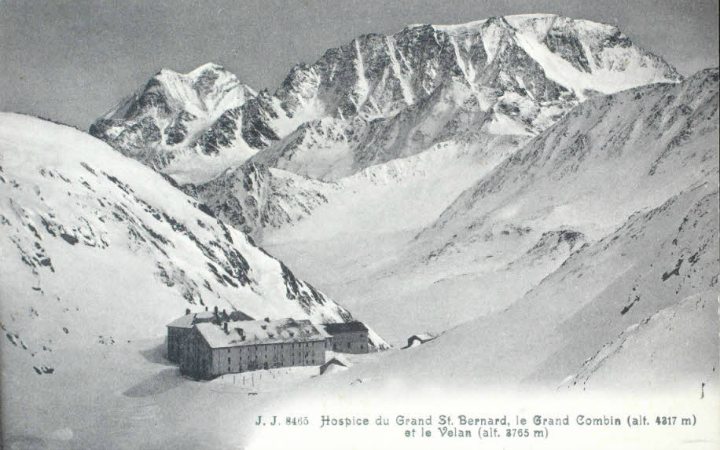 Hospices and hostels in the Alps date back to the medieval period, where they were safe points for travellers through the mountains to take refuge from the weather, but also from bandits and brigands. The most famous of these hospices is at Grand St. Bernard Pass, founded in 1050 AD (this is not to be confused with the Little St. Bernard Pass, where Hannibal is thought to have arrived in Italy, which is 30 kilometres away). As the mountains became tourism sites in the 1800s, these hospices became something more like a hotel, from which hikers would set out to enjoy the mountains. 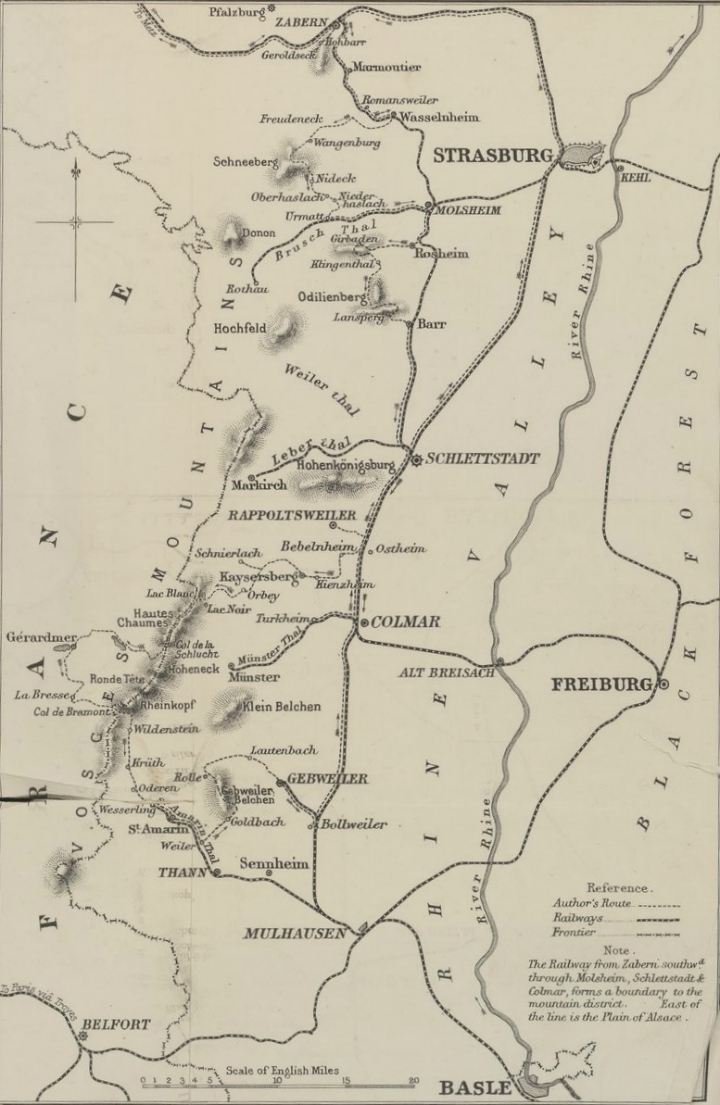 From ‘In the Alsatian mountains : a narrative of a tour in the Vosges’ by Katherine Lee, National Library of France

Travel narratives were also a major part of mountaineering history, such as this book describing an early 1800s trip by an English couple to the Alsatian mountains. Like today’s travel writing, much is made of the cultural difference between the travellers and the locals, the difficulties and entertainments of travel and the often odd behaviour of the other travellers of one’s own nationality.

Even those who did not travel could partake of the mountains through these books, and through the paintings and panoramas of mountains that were available. By now, all the great mountains, including the ‘third pole’ of Everest, have been scaled, and aircraft and tunnels have made mountains less of a challenge to navigate over, around or through. But the Alpine Club still exists, and the thrill of mountains and mountaineering still hold a place in many people’s hearts and imaginations.