Travel gear for globetrotters throughout the 20th Century

How the emerging travel industry inspired trends in fashion and accessories in the 20th century.

As travelling popularised in the 20th century, the importance of the journey as an integral part of travel rose significantly. All available means of transportation, from train and car to bus, boat or plane, called for infrastructures with a bespoke architecture allowing them to function efficiently as places of departure and arrival. They also spurred the demand for clothes that would be practical yet stylish enough to make people feel perfectly dressed for any adventure they might be embarking on.

EXPLORE: Gallery on Travelling in style 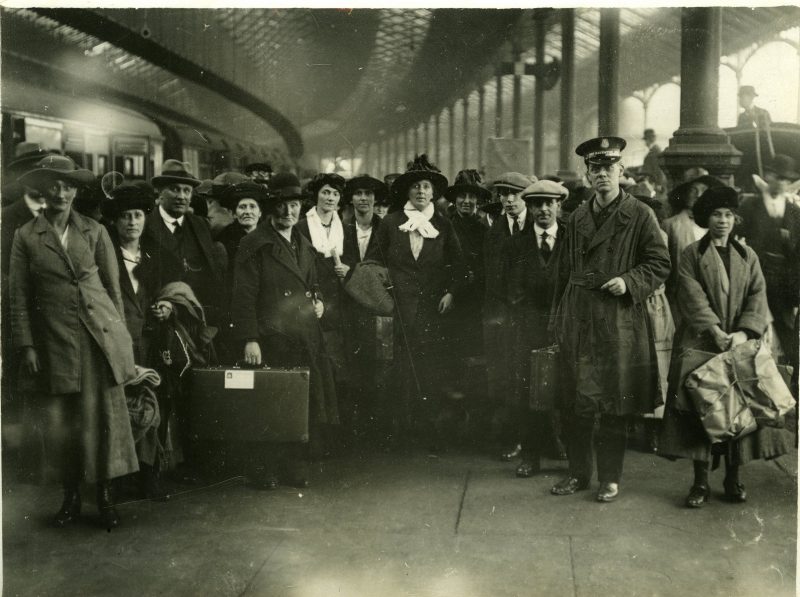 In the 19th century, railway networks expanded significantly as travelling by train became more widespread. But being on the move very much equalled getting dirty and messy. This is why heavy overcoats and weather-proof outerwear were so popular and, indeed, necessary. 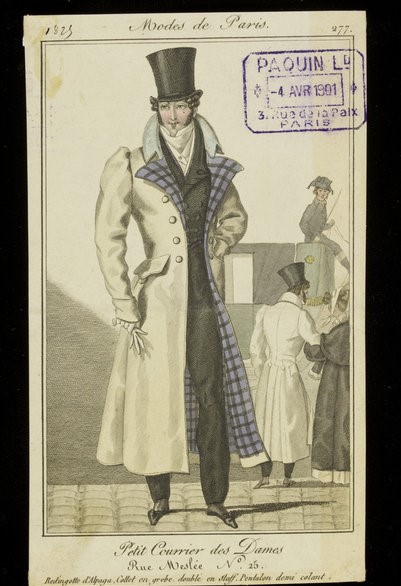 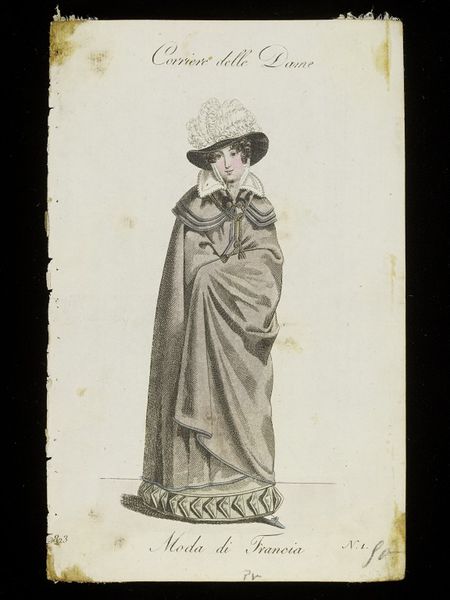 Travelling cloak for a woman, Italy, 1823
Victoria and Albert Museum. CC BY

Travelling by car wasn’t much more convenient: vehicles often had open roofs and required drivers and passengers to be suitably geared up in long linen coats offering protection from wind and dust, as well as goggles, hats and gloves. 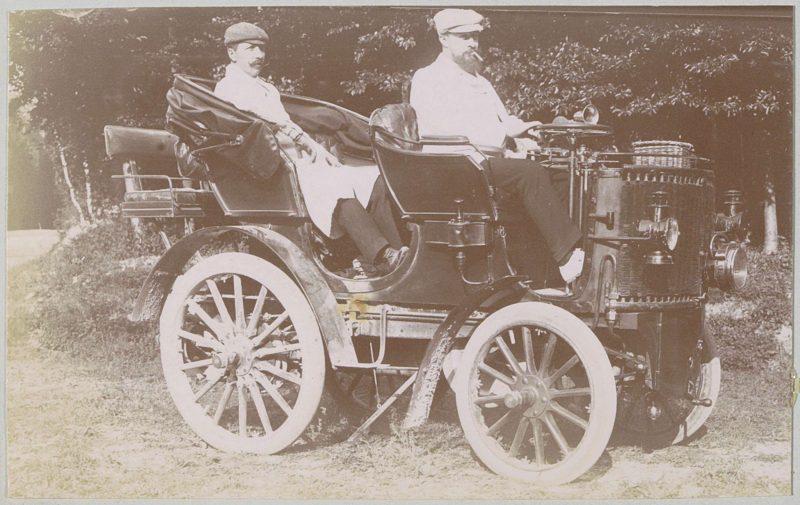 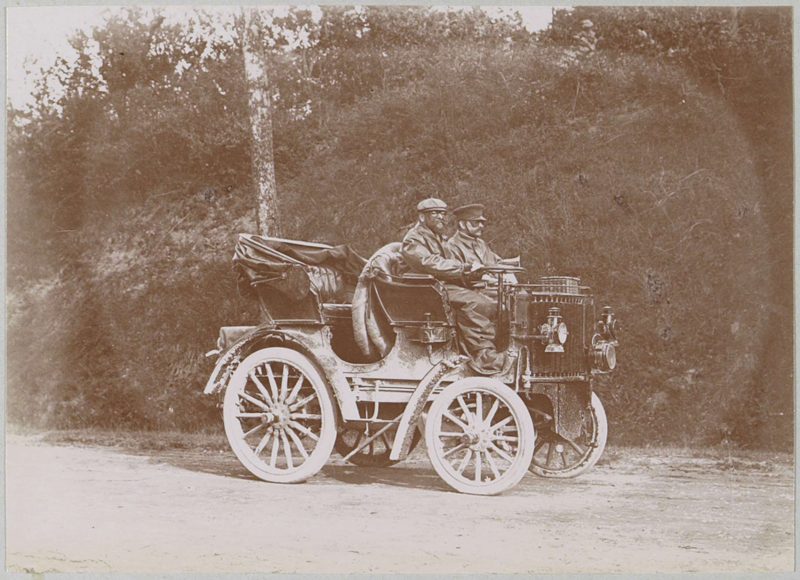 However, by the early 1900s, transportation options allowed for cleaner, more comfortable ways of travelling. This presented an opportunity to design more varied and fashionable travel outfits. 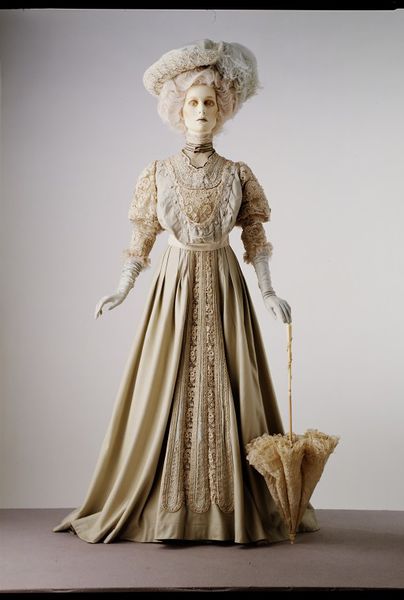 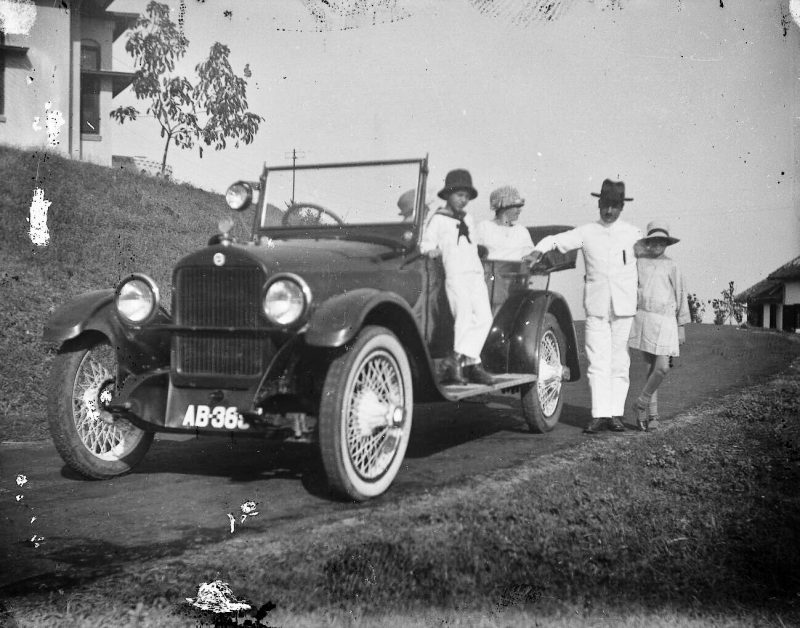 Ready for a roadtrip in Malang, Indonesia, c. 1930
Museon. CC BY 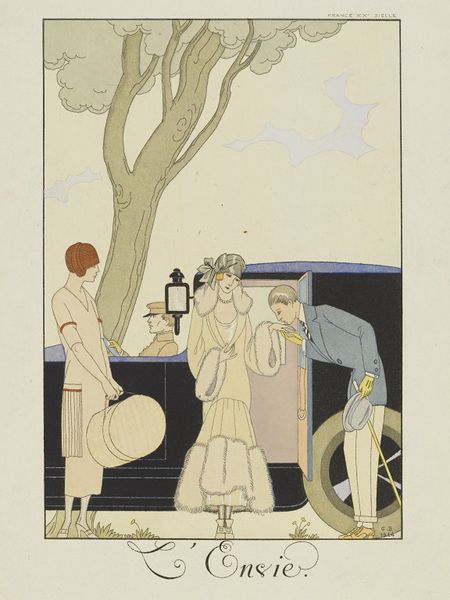 Colour fashion plate depicting a woman getting out of a car, Paris, 1924
Victoria and Albert Museum. CC BY 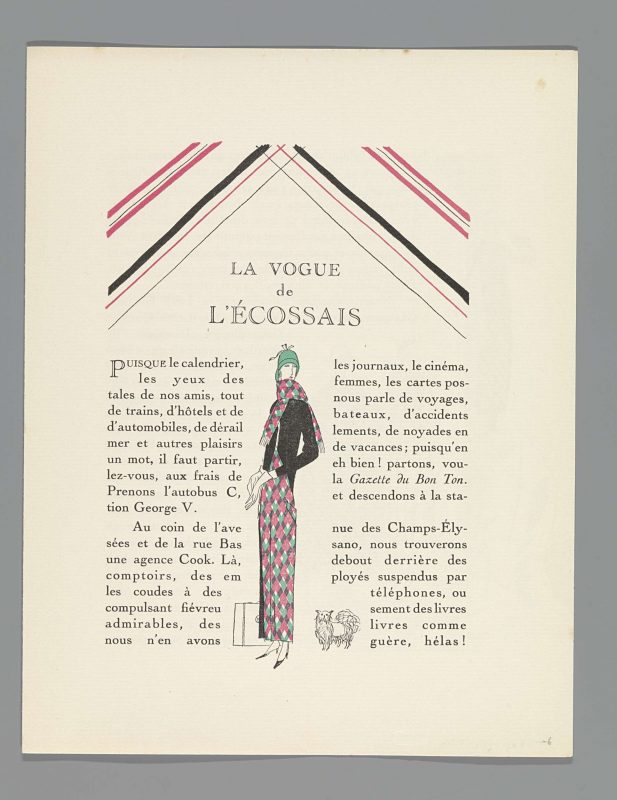 By the 1950s, overcoats and other protective items of clothing were no longer necessary, but were still being produced and sold as travel gear, becoming fashionable additions to many people’s wardrobes. 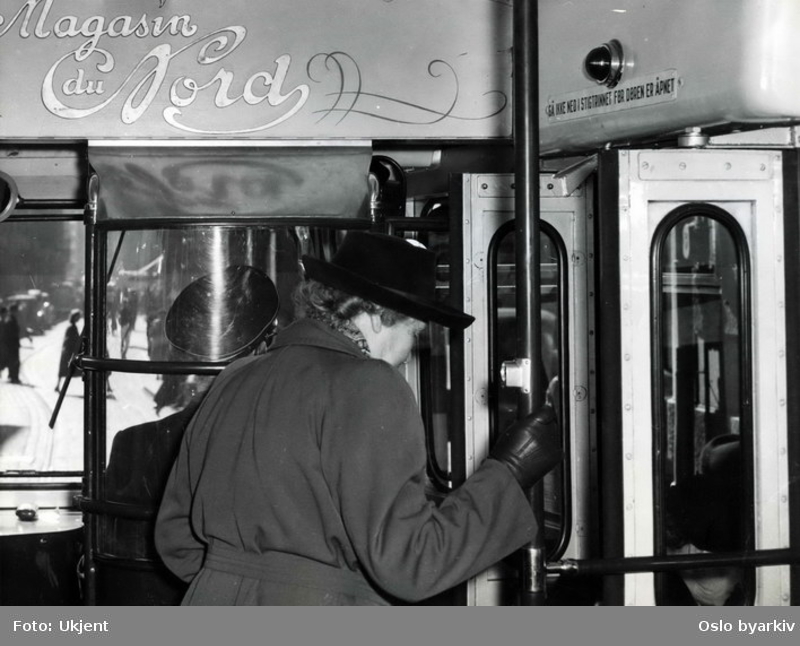 As for other means of transportation, from at least the 1920s onwards, fashion magazines such as Vogue published articles advising women on the most stylish outfits to wear on boats and airplanes. 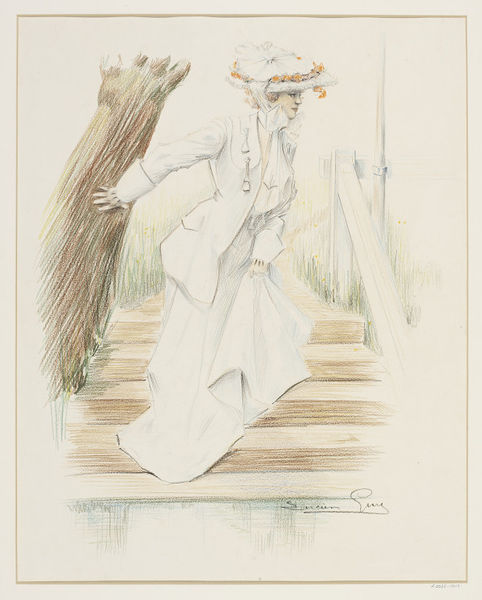 Fashion drawing of a woman in boating costume, France, c. 1904
Victoria and Albert Museum. CC BY 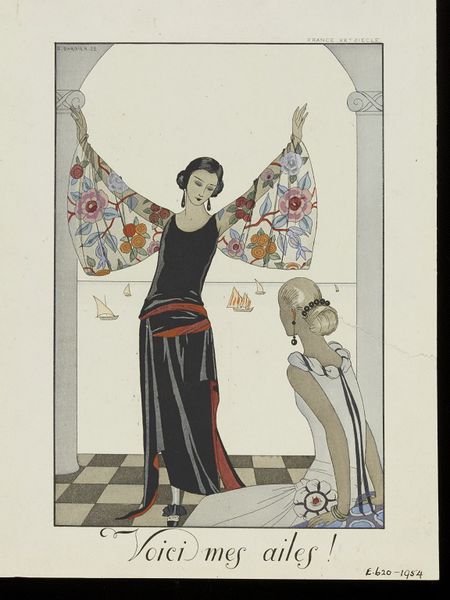 Colour fashion plate depicting two women in an interior with ships at sea in the background, Paris, 1922. Victoria and Albert Museum. CC BY 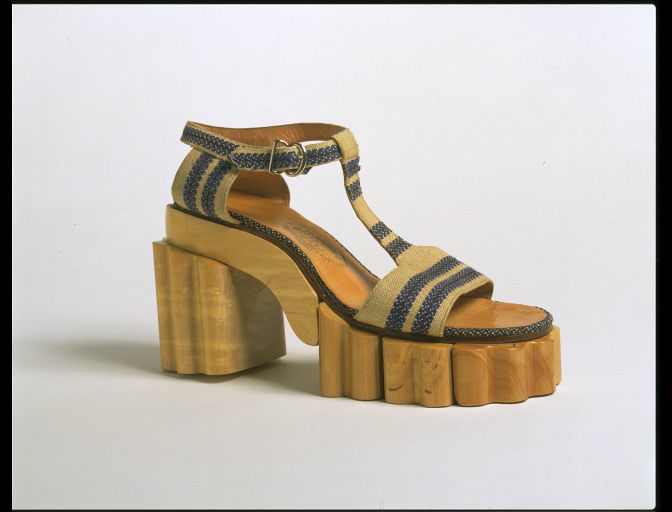 By the time commercial aviation came into its stride, travel gear had become a well-balanced mix of style and utility. The weight and capacity restrictions for luggage spurred designers to work with lighter materials and adapt their patterns to combine protection with comfort and style. The use of new synthetic fibres and fabrics, such as rayon, viscose and nylon, all extremely resistant and easy to carry around, became widespread from the 1930s onwards.

Another important trend was the use of zippers, making clothes easier to wear and allowing travellers to quickly add or remove garments during the journey. 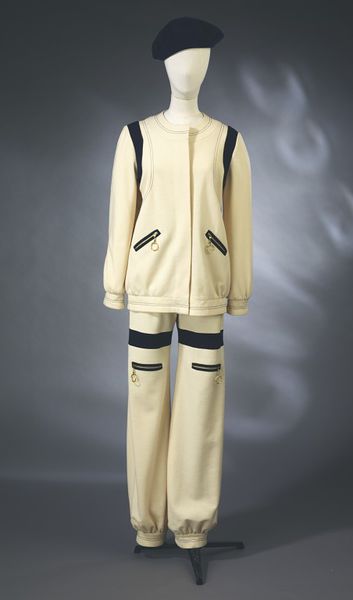 The relationship between style and travel not only resulted in bespoke pieces of clothing. Another category of fashionable items that grew considerably owing to the development of new modes of travel in the 20th century was that of accessories. Travel bags and luggage, among others, became central to recognising the stylish traveller. 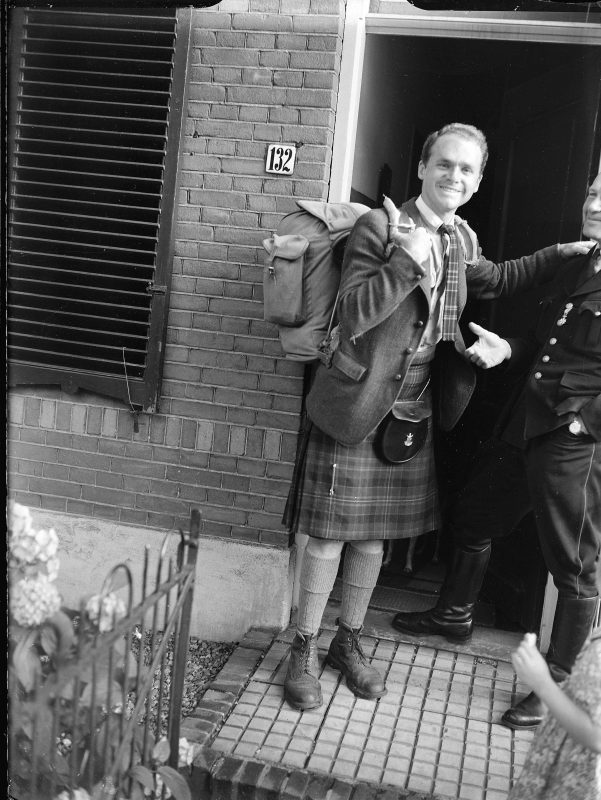 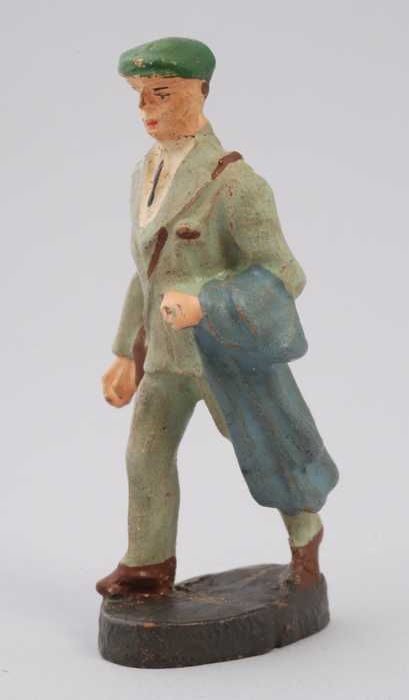 Figurine of a man with a shoulder strap bag, 1930/40
Museum Rotterdam. CC BY 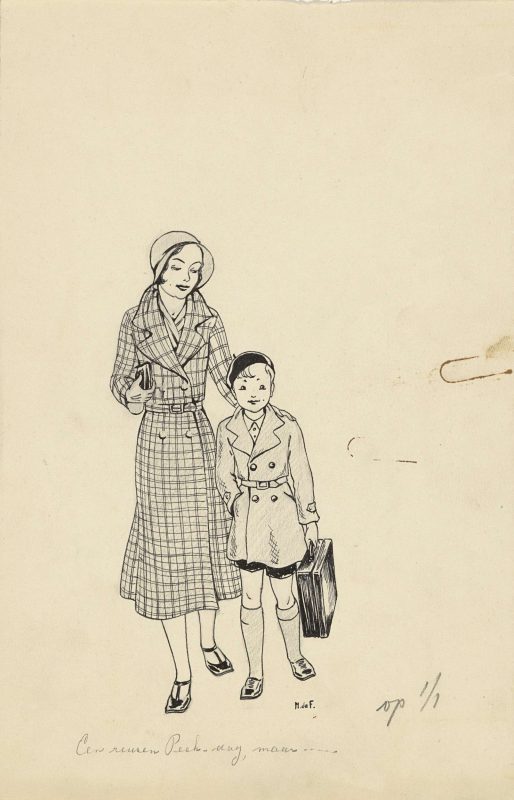 Bags had to be designed to protect and carry the valuable items people wanted to hold onto during their trips, yet soon stopped being mere containers and entered the realm of luxury, turning into symbols of status to differentiate wealthy people from ‘ordinary’ travellers. 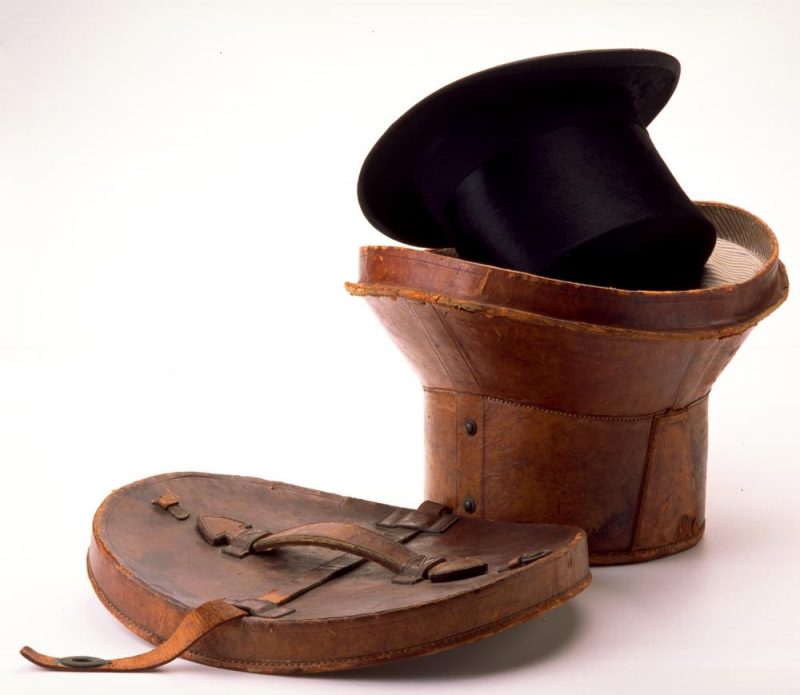 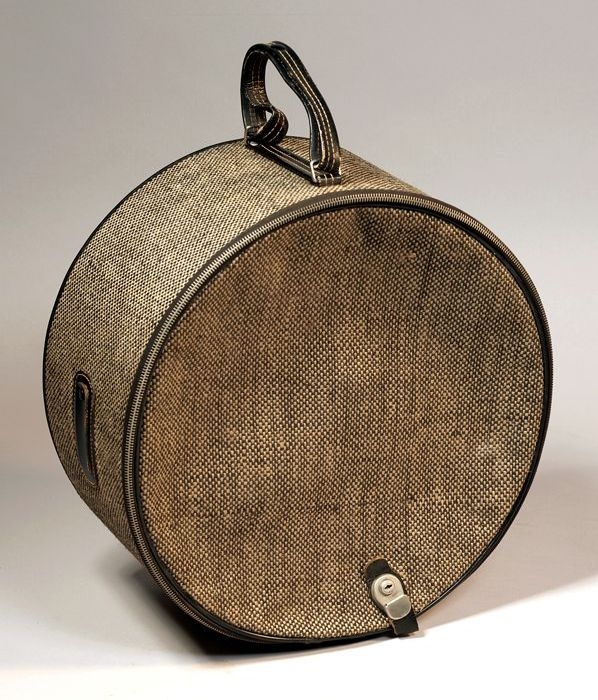 Canvas hatbox with leather labels for the stylish traveler, 1950/60
Museum Rotterdam. CC BY 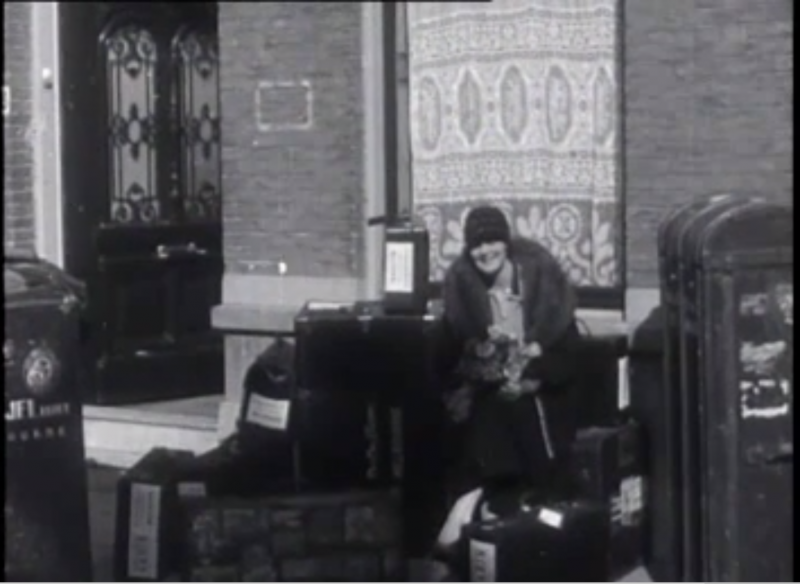 Actress Beppie de Vries sets out for her journey to Australia with an impressive load of luggage, 1927. Netherlands Institute for Sound and Vision. Public Domain

This differentiation made the fortune of specialized brands, of which some are relevant to this day. That of Louis Vuitton, for instance, which was founded as a leather goods company in Paris at the beginning of the 1900s. And of Gucci, the Italian brand born thanks to the intuition of a former valet who used to welcome guests in a famous hotel in London. 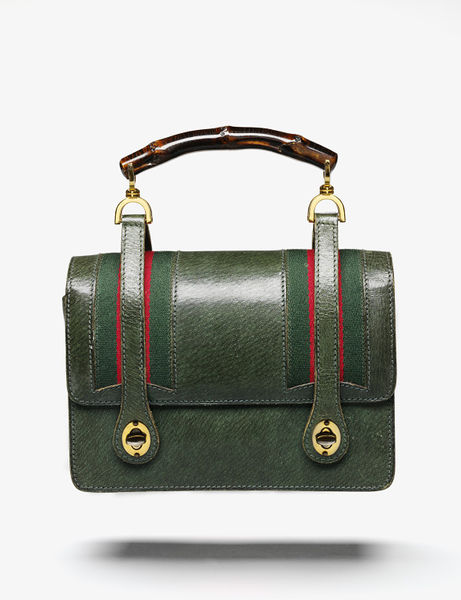