The Wachau: a cultural landscape in Austria

Extending 36 kilometres along the Danube, the Wachau is a landscape of stunning scenery.

The cultural landscape of the Wachau region of Austria offers thousands of years of history, with the UNESCO World Cultural Heritage seal of approval.

Extending over 36 kilometres along the Danube between the towns of Melk and Krems, the Wachau is a landscape of stunning scenery.

Striking rugged cliffs, winding valleys, defence towers that have been built since Roman times through the early Middle Ages, medieval castles and fortresses, impressive baroque Benedictine monasteries and fields and orchards all combine to characterise the Wachau landscape.

EXPLORE MORE: Visit this gallery with views of Vienna

For thousands of years, people have lived in the Wachau, attracted by its mild climate.

The name Wachau can be found in a document of Emperor Otto I from the year 972 - spelled as Vuachoua.

However, evidence of human settlement can be traced to the Stone Age. The two oldest archaeological finds in Austria - the Venus of Willendorf, which is around 30,000 years old, and the Venus of Galgenberg - were both discovered during excavations in the Wachau.

The area of the Wachau covers about 20,000 hectares, of which about 10% is used for wine-growing, which is essential for the region. Cultivation of fruit and wine has been an economic activity for centuries.

Wine in the Wachau

The Romans first brought the knowledge of this craft - with techniques such as grafting and cultivation and the ability to work vines to the area.

The Commemoratorium of St. Severin - an important source of Roman and early medieval everyday life - was completed in 511 A.D. It reports on vine cultivation and wine-growing in the Wachau, telling of weekly markets by the Rugier, an East Germanic people who settled in the area. During this time, the Romans lived in fortified settlements, which were extended and rebuilt from former castles in order to find protection from invading Germanic groups. In front of their walls, St. Severin describes cattle pastures, fields, orchards and vineyards.

The wine-growing techniques handed down by the Romans have developed over the centuries, favoured by the mild climate, the special soil with its characteristic wine terraces on the slopes, which are very low at an altitude of around 200 metres and are well situated for sustainable cultivation and maintenance. This type of traditional cultivation and wine pressing techniques can also be considered part of the region’s intangible cultural heritage.

Even today, the names of some of the winegrowers' houses remind us of their historical origins: the work of the diocese of Freising is remembered in Freisingerhof, Carthusians and monastery farms also describe their original affiliation. Today, more than 200 vineyards cover an area of 1,344 hectares.

The most famous grape varieties are the Grüner Veltliner and the Riesling. The region also produces other fruits such as apricot and apple  - all of which develop their special taste in the Wachau region.

Wachau as a summer resort

The Wachau has been a popular destination for guests looking for summer freshness for over 100 years.

It offers mild climates, good wine, fresh fruit, and many possibilities to explore its historically interesting places. The region can be explored by cycling, ferries or hiking trails.

From Weißenkirchen to St. Lorenz, one transport option is a unique experience: a ferry is pulled by a wire rope over the Danube to the bank. The force of the current can be experienced and in a few minutes you can reach the other side of the bank.

Arriving at the St. Lorenz ferry station, passengers are greeted by an excessively large nose sticking out of the ground. This nose - an art installation by the Gelatin Group - provides a multitude of interpretations and inspirations to the senses. 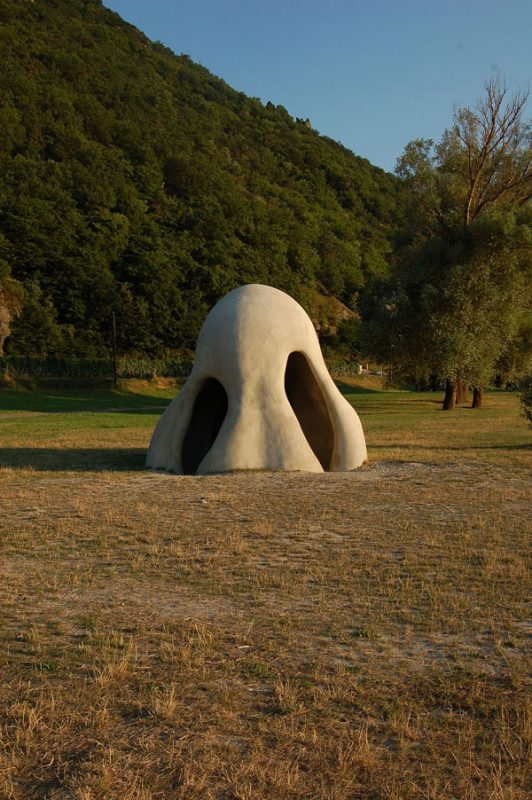 Noses are important to the region - needed to determine the bouquet of wine. The large nose is supposedly modelled on the son of the mayor of Rossatz . Its presence encourages visitors to concentrate on the different scents of the respective seasons. Thanks to its size, the nose is even accessible and can be explored from the inside.

The Wachau had been declared a landscape conservation area as early as 1955.

In addition to the Wachau cultural landscape, the Benedictine monasteries of Melk and Göttweig as well as the old town of Krems have also been included in the list as World Cultural Heritage sites.

By its inclusion, Austria undertakes to preserve and protect the region’s sites and monuments in accordance with the World Heritage Convention. Its special features and characteristics are to be preserved for future generations through national protection measures and appropriate care, administration and management.

EXPLORE MORE: Read our blog on sustainability and tourism