The Treaty of Versailles

The end of World War I?

On this day 100 years ago, the Treaty of Versailles was signed. The treaty officially ended the state of war between Germany and the Allied Powers. It also imposed heavy reparations on Germany, considered by some as one of the factors leading to World War II. 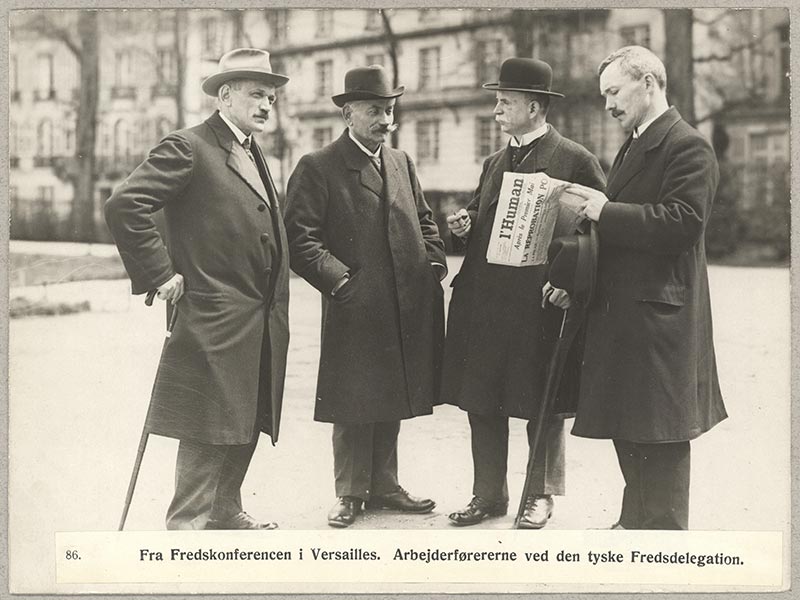 The Versailles Treaty is one of the most important results of the international 1919 Paris Peace Conference, during which in total five separate peace treaties were signed between the defeated states and the victors.

During the conference national borders were established (sometimes based on people’s votes) that tried to take ethnic boundaries into consideration. Although the formal peace process did not end until July 1923, there was now officially peace in Europe.

For most nations involved in the First World War, the fighting had ended after the signing of the Armistice, when on 11 November 1918 at the 11th hour of the 11th day of the 11th month, millions of soldiers laid down their guns.

However, the Armistice did not mean that life went back to normal on the Western European front, as many soldiers were forced to join the French and British armies occupying the demilitarized zones in the Rheinland in Western Germany.

Fighting continued in many places. Some nations and regions which had participated in the war as part of larger states that had now fallen apart took the opportunity to fight for independence. Others were affected by violent political turmoil and revolution. In many regions, borders were disputed.

The various peace treaties did not resolve these localised conflicts and many of these raged on in parts of Eastern Europe and the Middle East through to the early 1920s, causing millions of people to flee from the ongoing violence.

The violent events in the five years after 1918 can be seen as a continuation of the World War. There were wars between regular armies, and sometimes armies of new states on the rise: the Polish war with the Soviet Union, the Greek-Turkish war and the Romanian invasion of Hungary. And there were civil wars: in Russia, Finland, Hungary, Ireland and parts of Germany for example.

And there was more violence: German forces were fighting against Estonian and Latvian nationalists in the Baltic countries, Armenian nationalists were trying to establish a national state that reached the Caspian Sea, Italy had an interest in Fiume (Rijeka) and other parts of the future Yugoslavia. 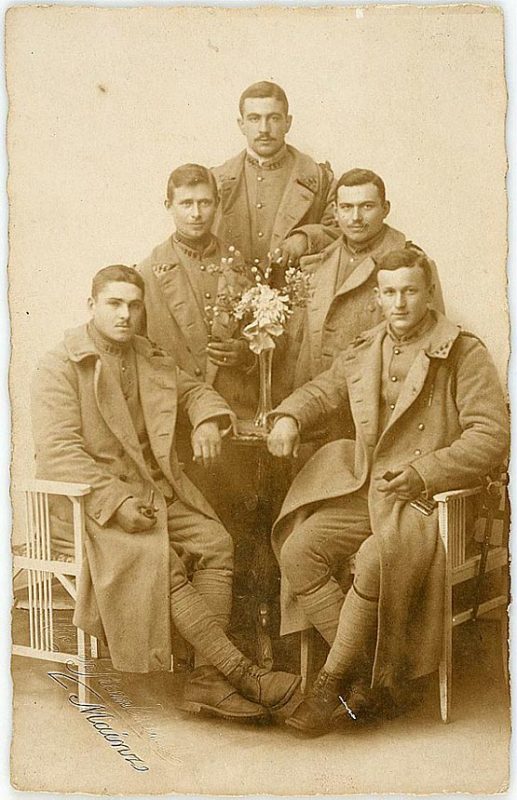 Many of these conflicts had a social background - the revolutions and uprisings in Russia and Germany for example.

But also it was an outcome of the way in which the victors of World War I wanted to rearrange Eastern Europe and the Middle East.

There are many stories on Europeana 1914-1918 that describe various aspects of the tumultuous period after the war.

You will find the story of Arthur S Johnson was a Gunner in the Royal Horse Artillery (originally in Royal Garrison Artillery) in WWI. In 1919, at the 11th hour of the 11th day of the 11th month, he had the honour of taking part in the official Anniversary of the Armistice in front of Cologne Cathedral in the snow.

For many prisoners of war, especially those in Russia, it could take years to get home. While trying to get home, Alwin Metz was sent back several times to a prisoner of war camp in Zairkutny-Gorodok near Irkutsk. He was finally able to leave the camp in 1920 and returned home on 2 July 1920. Four days later, he was formally released from the army. On his month-long return journey to Thuringa, he kept a diary written in old Gabelsberger shorthand.

You can help us to preserve these important documents, making them readable and searchable for years to come. In our new online Transcribathon, the Versailles Run, we highlight a special selection of these stories for you to transcribe.

The Versailles Run will be held from 28 June to 31 August 2019. The eight-week long transcription marathon will showcase stories from the post-war period (1918-1923).

Alongside this special selection you may also choose to work on some of the unfinished documents. Everyone who transcribes and annotates online during the Versailles Run will be entered into a competition to win a special prize.

Feature image: From the Peace Conference in Versailles. The workers' leaders of the German peace delegation - The Royal Library: The National Library of Denmark and Copenhagen University Library - CC BY-NC-ND