A collection of wax cylinders on the shelves at Statsbiblioteket is called the Ruben Collection.

As a young man Gottfried Moses Ruben started working in his father’s men’s fashion wear shop but that wasn’t young Ruben’s dream job. No - he wanted to see the world. He went first to Portugal. Then three years later he was appointed Consul General of Portugal in Copenhagen.

At the World Exhibition in Paris in 1889 Ruben met Thomas Edison, who just had invented the “talking machine”, or the phonograph. Ruben was impressed by the phonograph, a revolutionary invention for the preservation of sound.

Thanks to Ruben, the phonograph made its way to Denmark in 1889. And its arrival is the reason why we can enjoy the audio from late 19th century Copenhagen today. Ruben imported phonographs and sold them for 700 kroner a piece.

However, he didn’t make much money, as only very few people could afford to buy one (a maid, for example, only earned about 100-120 kroner a year at that time).

Ruben tried other initiatives to make the phonograph popular - he invited famous men and women to come to his studio and talk, sing or play an instrument in front of the phonograph’s cone.

Ruben is believed to have recorded about 500 wax cylinders between 1889 and 1897. Most of the cylinders got lost, probably because of physical decay due to poor storage conditions.

In 1993 what was left of the Ruben collection came to Statsbiblioteket. The digitisation of the Ruben cylinders was a matter of urgency. However that wasn’t just something to experiment with as wax cylinders are very very fragile. Austrian expert Franz Lechleitner (Phonogrammarchiv) helped the digitisation team at Statsbiblioteket. And the result: 160 raw digital audio files. 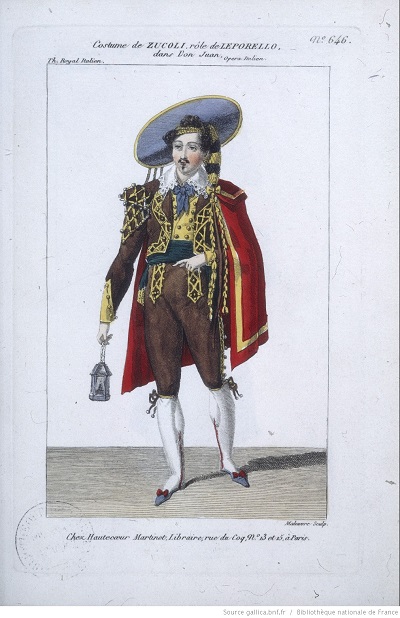 An untutored ear only might only hear cracking and sizzling noises when listening to many of the Ruben recordings. Audio engineer Claus Byrith did an excellent sound restoration job. As Ruben had not kept any register of his recordings, Steen Kaargaard Nielsen, associate professor in musicology at Aarhus University worked with great enthusiasm on identifying the content of the wax cylinders and he found some great stuff.

In particular one of the cylinders contained the oldest existing Mozart recording of opera singer Peter Schram singing two fragments of Leporello’s arias from Don Giovanni. A find rare enough to make anyone wax lyrical!