The Lanterna of Genoa, an Italian lighthouse landmark

Lenses and technical instruments at the Lanterna, Genoa's lighthouse

The Lighthouse of Genoa, called Lanterna, is a symbol for the city.

At a height of 77 meters (with a focal height of 117 meters), it is the tallest lighthouse in the Mediterranean Sea and the second tallest in Europe (the first is on Île Vierge, France, 82,5 meters).

The current tower was built in 1543, but there has been a lighthouse on the site since the 12th century. The lighthouse was modernised and restored during the 20th century and has been open to the public since 1994.

EXPLORE MORE Lighthouses across Europe in our gallery

Adjacent to the tower is the Lanterna Museum, within the fortifications of the walls of Genoa the New Walls.

Established in 2006, the museum covers the history of Genoa and its port, and contains a lot of archival material. The museum exhibits lanterns, lenses and technical instruments to show the workings of the lighthouse and its evolution over time.

A collection of 12 images and objects, dating from the 19th and 20th centuries, describe the various constituent parts of a lighting system with rotating optics for naval signaling.

The collection of technical instruments includes lenses, headlights, flashers, exchangers, valves. All the instruments dated to the first half of the 20th century. Some of them are from the first quarter of the century, before modern electrification (1936).

One of the most ancient and interesting objects is an instrument from the first quarter of the 20th century uses the Fresnel lens, a type of composite compact lens originally developed by French physicist Augustin-Jean Fresnel for lighthouses. 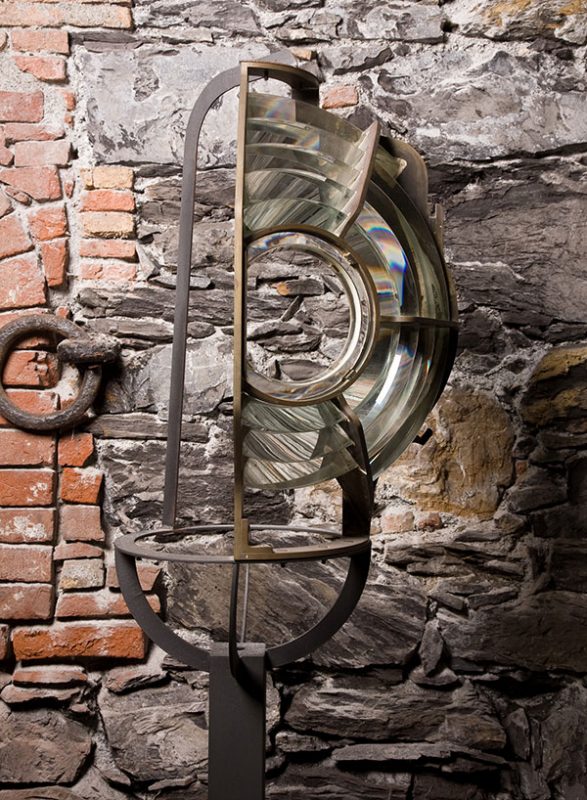 Other important scientific instruments show the evolution of the clockwork engine deriving from the mechanics of tower clocks. The collection includes an example of clockwork for rotating the lenses produced by Alfonso Curci e Figlio in Naples for the Italian Navy in the first quarter of the 20th century. 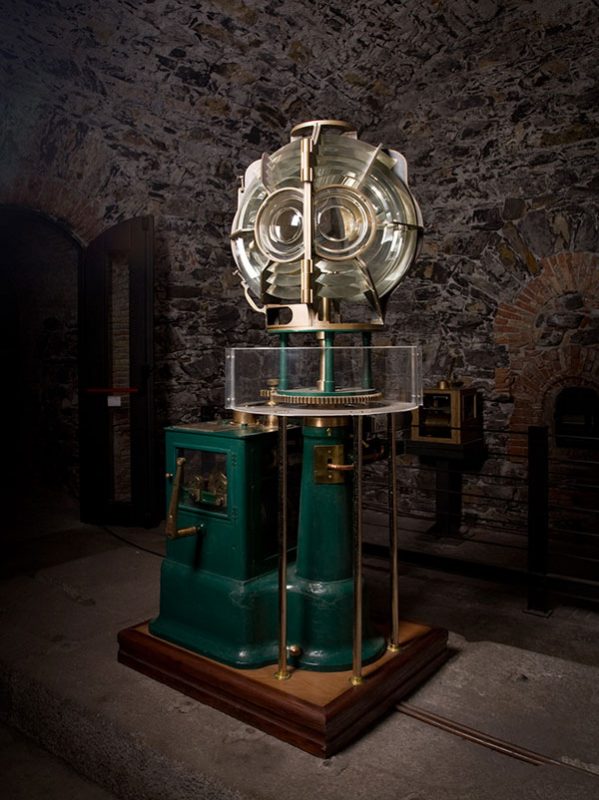 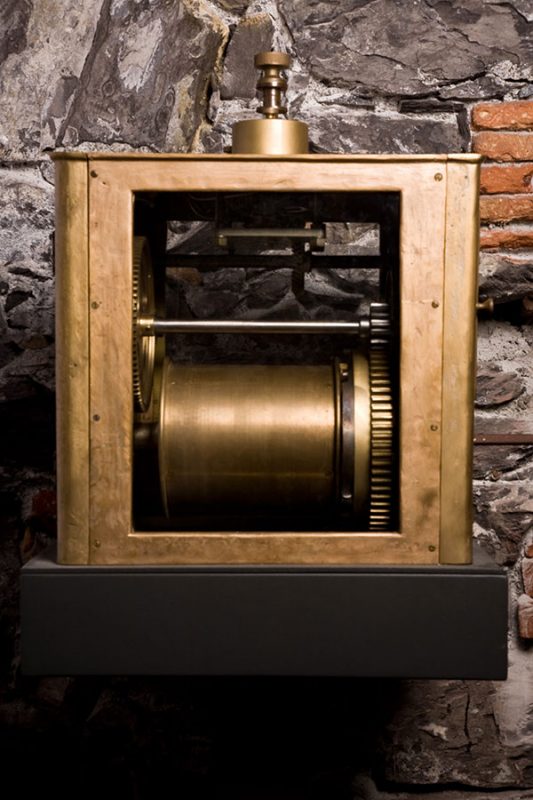 From the early 20th century, there is also an independent flashing acetal or electromechanical headlight produced in Italy. 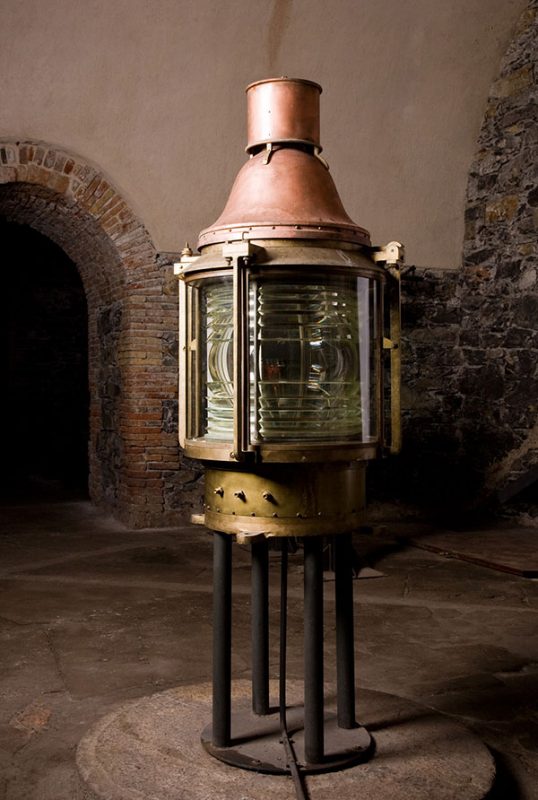 The collection also contains instruments which are examples of important European industrial history. There are several flashers and exchangers from France, Great Britain, Sweden and Germany. 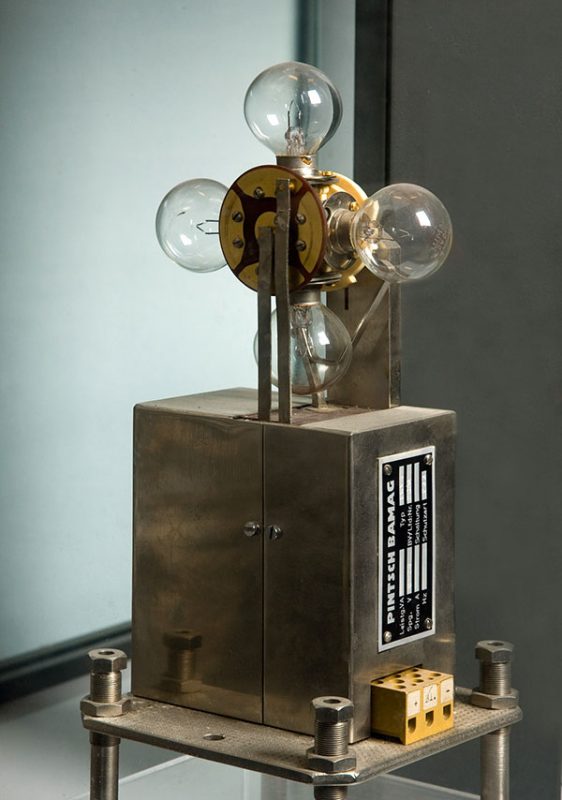 One exchanger was produced by German manufacturer Pintsch Bamag. Founded in 1870 by Julius Pintsch, who was primarily known for the invention of Pintsch gas, this uses a compressed fuel gas for illumination purposes.

A propane flasher made by French producer Clesse Mandet (today Clesse Industries), whose long history originates with a laboratory founded by Georges Clesse in 1850. 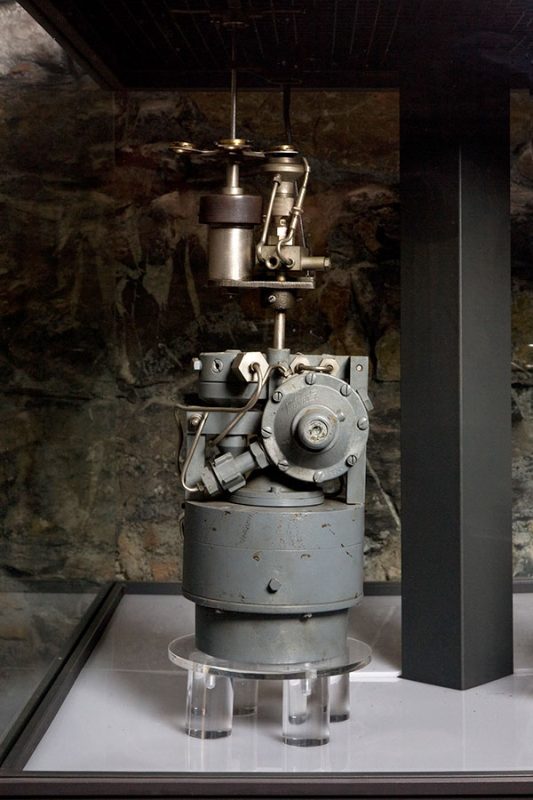