The Flying Dutchmen: 100 years of KLM

KLM Royal Dutch Airlines celebrates its 100th anniversary on 7 October. To honour this jubilees, this blog explores the cultural heritage of KLM found on Europeana. Come fly with us to discover stories and pictures from aviation history.

KLM Royal Dutch Airlines celebrates its 100th anniversary on 7 October. To honour this jubilees, this blog explores the cultural heritage of KLM found on Europeana. Come fly with us to discover stories and pictures from aviation history. 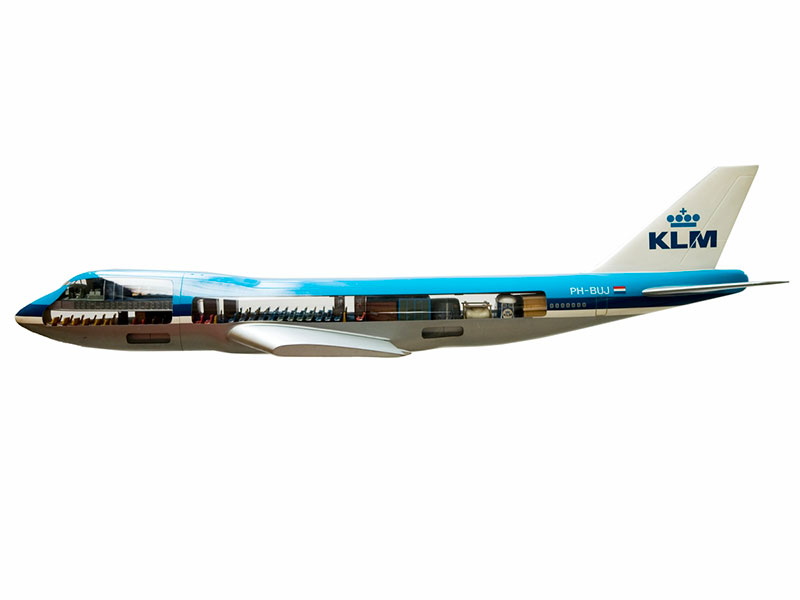 KLM stands for ‘Koninklijke Luchtvaart Maatschappij’, literally translated as ‘Royal Aviation Company’. Despite having merged with Air France in 2004, KLM is still seen as a truly Dutch icon.

RELATED: Centenary Celebrations: eight firms that are 100 years old in 2019

Planes have, of course, changed quite a lot in the past 100 years. KLM has transported passengers in several types of aeroplane, including those made by fellow Dutch company, Fokker.

While the makes and models of the aircraft change, one thing that persists is the desire to get a few more Dutch guilders or Euros out of the passengers by encouraging them to buy food, drinks and merchandise - such as dolls wearing one the many uniforms KLM staff have worn over the years.

Particularly famous are a collection of small ceramic houses. Containing small bottles of genever, these have been given as gifts to business class passengers and have become collectors items.

In 1934, a KLM aircraft 'Uiver' (meaning stork) and its crew took part in the MacRobertson Trophy Air Race (also known as the London to Melbourne Air Race). They came second overall, flying the route in 90 hours. The Dutch were very impressed by this success, producing souvenirs like this commemorative coin, plate and badge.

Oblivious to the merchandise is a very special type of passenger - animals. KLM even maintain an ‘animal hotel’. This footage from 1952 shows how a young elephant was escorted by a ‘KLM-trained’ chicken, who was tasked with stopping the elephant feeling lonely during the flight.

This nostalgic footage from 1964 shows what happens after landing. The crew and airport staff performed the same operations as they do nowadays, but the design of the rolling stock and the technical tools has changed.

The varied fleet, by Polygoon-Profilti (producer) / Netherlands Institute for Sound and Vision (curator), is licensed under Creative Commons – Attribution-Share Alike.

That operation looks to have gone smoothly, but it hasn’t always been plain sailing for KLM staff. In 1952, 600 KLM pilots went on strike for four days because of a row with KLM management.

KLM were one of the first airlines in the world, but like all aviation companies today, they face great challenges in terms of the climate crisis and sustainability. With 100 years of innovation behind them, here's wishing KLM a happy birthday and successful future.

Have you or your family worked for KLM or in the aviation industry? Share your story and help us tell the story of Europe through our working lives in the past and the present.