The Art of Seduction: Giacomo Casanova

Giacomo Casanova, Venetian adventurer and writer, was born on April 2nd 1725 in the Republic of Venice.During the 18th century for Casanova, as well

Giacomo Casanova, Venetian adventurer and writer, was born on April 2nd 1725 in the Republic of Venice. 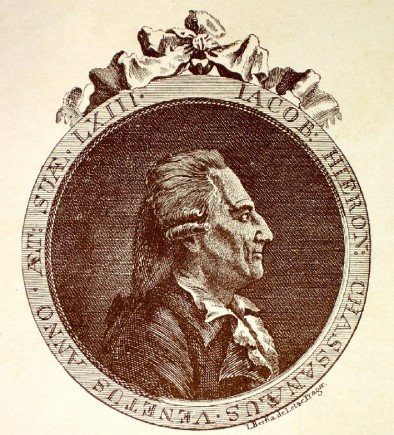 During the 18th century for Casanova, as well as other upper class nobles, love and sex tended to be casual and not attached to the serious characteristics of the Romantic era that followed in the latter part of the 18th century.

Flirtations, bedroom games, and short-term liaisons were common among the rich who married for social connections rather than love.

“I have always loved truth so passionately that I have often resorted to lying as a way of introducing it into the minds which were ignorant of its charms.” - Giacomo Casanova

As a renowned womaniser, his name remains a synonymous with the art of seduction. Despite this reputation, during his life Casanova was regarded as a well respected figure, a man of far-ranging intellect and curiosity.

This is proven by the legacy of his works, for example his autobiography, Historie de ma vie (Story of My Life), is now considered to be one of the most authentic references to the customs of social life in 18th Century Europe. The book is written in French, which at the time was the dominant language for the upper class of European society. The bowdlerised version of his memoirs can be found in Europeana entitled Mémoires de Jacques Casanova (The Memoirs of Jacques Casanova) in 4 different volumes. 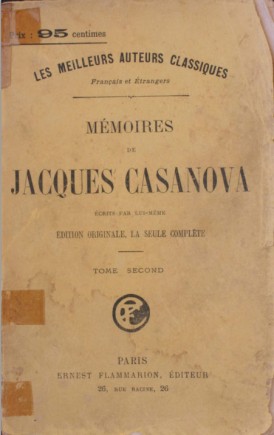 The uncensored version was purchased by the National Library of France in 2010, a 3,700 page manuscript, given to Casanova's nephew, Carlo Angiolini, in 1798 and featuring previously unread pages. These manuscripts can also be found in Europeana, covering Casanova's life from his birth to 1774. 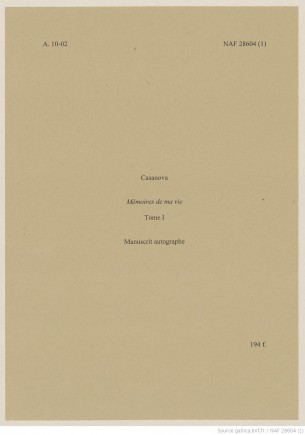 ‘Casanova’ as a term in written English was first recorded around 1852, now commonly used and documented in the English dictionary as;

“a man with a reputation for having many amorous adventures; rake; Don Juan.”

The life story of Casanova continues to live on in modern culture, with numerous references in literature, film, and performing arts.