Take a city trip to Galway and Rijeka, European Capitals of Culture 2020

Galway, in Ireland, and Rijeka, in Croatia, are the European Capitals of Culture for 2020. Let's take a tour of both cities illustrated with digitised cultural heritage collections from around Europe and discover some interesting connections.

Galway, in Ireland, and Rijeka, in Croatia, are the European Capitals of Culture for 2020. 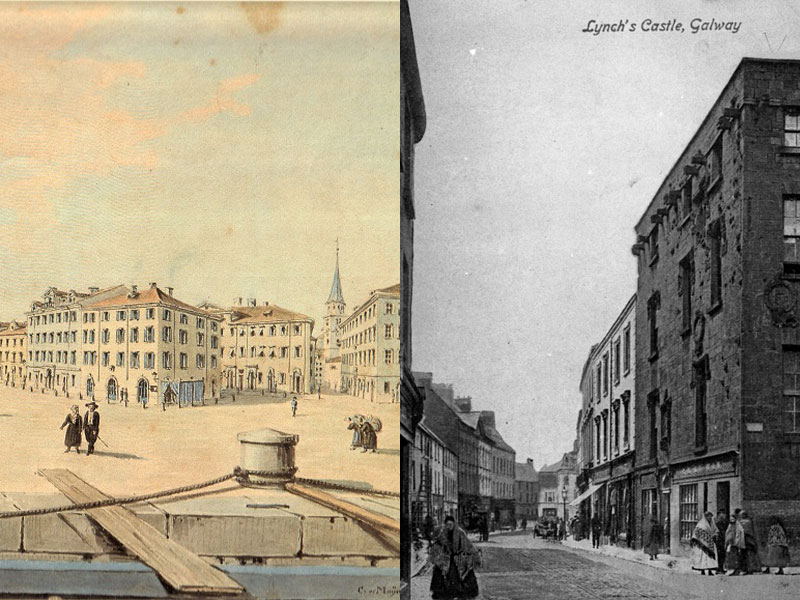 Both cities have a wide range of cultural activities planned throughout 2020. As their year-long celebrations begin, let's take a tour of both cities illustrated with digitised cultural heritage collections from around Europe and discover some interesting connections.

Cities by the sea

Galway, a city of around 80,000 people, is located on the west coast of Ireland, facing the Atlantic Ocean. Similarly, Rijeka, a city of almost 130,000 people, is situated by the waters of the Adriatic Sea. Both cities are important harbours, on Galway Bay and Rijeka Bay.

Their maritime histories are important to both cities. Galway, and the west coast of Ireland generally, is known for the currach wooden-framed boat. Rijeka is home to large shipbuilding yards.

EXPLORE MORE Maritime heritage of ports and harbours across Europe

Both cities are home to cultural celebrations. Galway has celebrated the Galway Arts Festival since 1978, with Rijeka's International Carnival taking place since 1982.

Galway and Galway Bay have been immortalised through many traditional Irish songs - listen here.

Claddagh rings origins lie in Galway. Named for a fishing village in the county of Galway, a Claddagh ring features two hands holding a heart wearing a crown. The hands represent friendship, the heart represents love and the crown represents loyalty.

Rijeka is home to the Croatian National Theatre Ivan pl. Zajc, a theatre and opera house which opened in 1885, named after composer Ivan Zajc who was born in Rijeka.

Both Galway and Rijeka are home to many beautiful views, buildings and impressive architecture. Let's take a look at sights and views of both cities.

EXPLORE MORE European landscapes and landmarks in this gallery

Have you already visited Galway or Rijeka? Will you travel to either in 2020? Let us know in the comments below.