Stories of a seducer – Mozart, the myth of Don Juan and his literary impact

Published May 3, 2017 by
Europeana Music

Each month, Europeana Music examines a particular theme from the world of music. For the month of July , Gabriele Fröschl from the Österreichische Mediathek takes a look at the character of Don Juan as portrayed in Mozart's opera and elsewhere.

The legend of Don Juan is one of the most famous stories in European cultural history. The story of the unscrupulous seducer has challenged various authors to deal with. It was also the source for the opera “Don Giovanni”, which became one of Wolfgang Amadeus Mozart’s most famous works which in turn was an inspiration for many other literary works.

At the beginning of the literary engagement with the myth was the Spaniard Tirso de Molina (actually Gabriel Tellez, 1584-1648) with his dramatic adaptation of Don Juan in "The Seducer of Seville and the Stone Guest".

Dealing with the personality of Don Juan is always a reflection of the spirit of the age: Tirso de Molina's Juan confesses before his hellish journey whereas about hundred years later Moliere's Juan refuses any repentance. 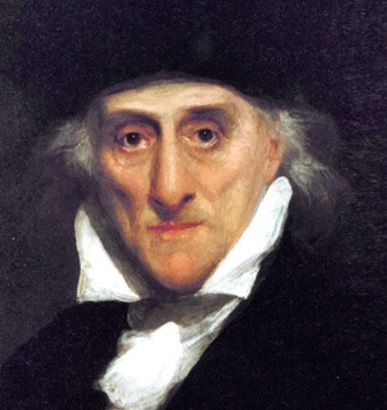 "Il dissoluto punito o sia Il Don Giovanni" was the second collaboration of Mozart with his librettist Lorenzo da Ponte. The work on the opera lasted until immediately before the premiere - the overture was only finished hours before - and on October 29, 1787 the opera was performed in the Gräflich Nostitz National Theatre in Prague (later Royal Theatre of the Estates) for the first time. In Prague, it was immediately an overwhelming success, whereas in Vienna it took some time before the opera was accepted by the audience.

The Estates Theatre in Prague (1797). Public domain, via Wikimedia Commons

There are numerous psychological interpretations of the drama and of the opera as well, the last ones often with regard to Mozart's own biography.

The overpowering father figure of the stone commander in Don Giovanni was often related to the father-son relationship of Wolfgang Amadeus Mozart and his father Leopold Mozart, who died a few months before the premiere on May 28, 1787. Leopold Mozart indeed was a dominant father figure that played an important role in the artistic development of his son.

Not only Don Juan, but also Mozart's opera became the centre of literary works. In "Don Juan" (1813), a novel of the German writer E. T. A. Hoffmann, the operatic plot and the description of the visit to the theatre flow into one another, and, in a romantic tradition, the destiny of the operatic figures is interwoven with that of the actress and the listener. In Eduard Mörike's novel "Mozart on the journey to Prague" (1856), the premiere of Don Giovanni is the occasion for a very personal portrait of the composer.

"The myth of Don Juan" is part of an online exhibition hosted by Österreichische Mediathek: www.mediathek.at/virtuelles-museum/mozart/mythos-don-juan-1787/