Saint George's Day: The Day of the Book

The patron saint of several countries, regions and cities

Today is the feast day of Saint George, celebrated in several countries, regions and cities of which he is the patron saint, including: England, Catalonia, Croatia, Cyprus, Greece, Moscow, Valencia, Majorca, Aragon, Serbia, Bulgaria, Romania, and more. The 23rd of April is traditionally accepted as the date of Saint George's death in AD 303.

In Catalonia, Saint George's Day is also know as La Diada de Sant Jordi (The Day of the Book) or El dia de la Rosa (The Day of the Rose). The main events of this holiday include the exchange of gifts between couples, loved ones and colleagues – sharing similarities to Valentine's Day. Traditionally men give women roses, and women give men a book, symbolising "a rose for love and a book forever”. However in modern times, the mutual exchange of books is also customary. 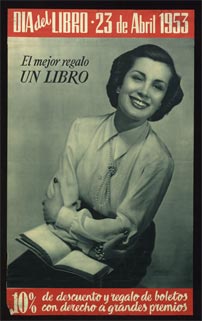 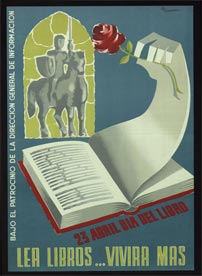 Roses have been associated with Saint George's Day since medieval times, but the giving of books is a recent tradition which started in 1923. The tradition began to take off when a bookseller used the date to promote the holiday as a way to commemorate the nearly simultaneous deaths of Miguel Cervantes and William Shakespeare on the 23rd April 1616. 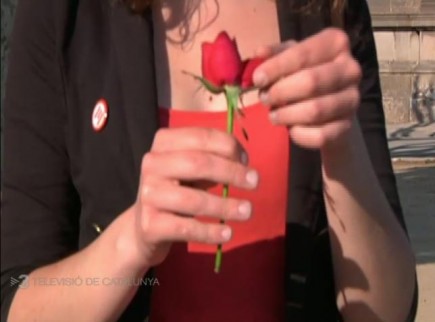 This tradition and relationship between love and literacy evolved in Barcelona, the publishing capital of both the Catalan and Spanish languages. Today on the 23rd of April, across Catalonia the streets are filled with thousands of makeshift rose and book stalls – on average selling over 4 million roses and 800,000 books, which accounts for over half of the total yearly book sales in Catalonia. This tradition has successfully spread outside of Catalonia, with UNESCO in 1995 adopting the 23rd of April as World Book and Copyright Day.