Romanticism and the Invention of Tradition: Iolo Morganwg and James MacPherson

Romanticism breathed new life into late 18th-century European literature as it emphasized the importance of expression and individuality.

Poetry and song were used to celebrate Celtic cultures in Scotland and Wales and literary myth-making fostered a new sense of identity amongst indigenous cultures.

Edward Williams, better known by his bardic name Iolo Morganwg, was a Welsh historian and antiquarian. He is still the most controversial writer in Welsh history. 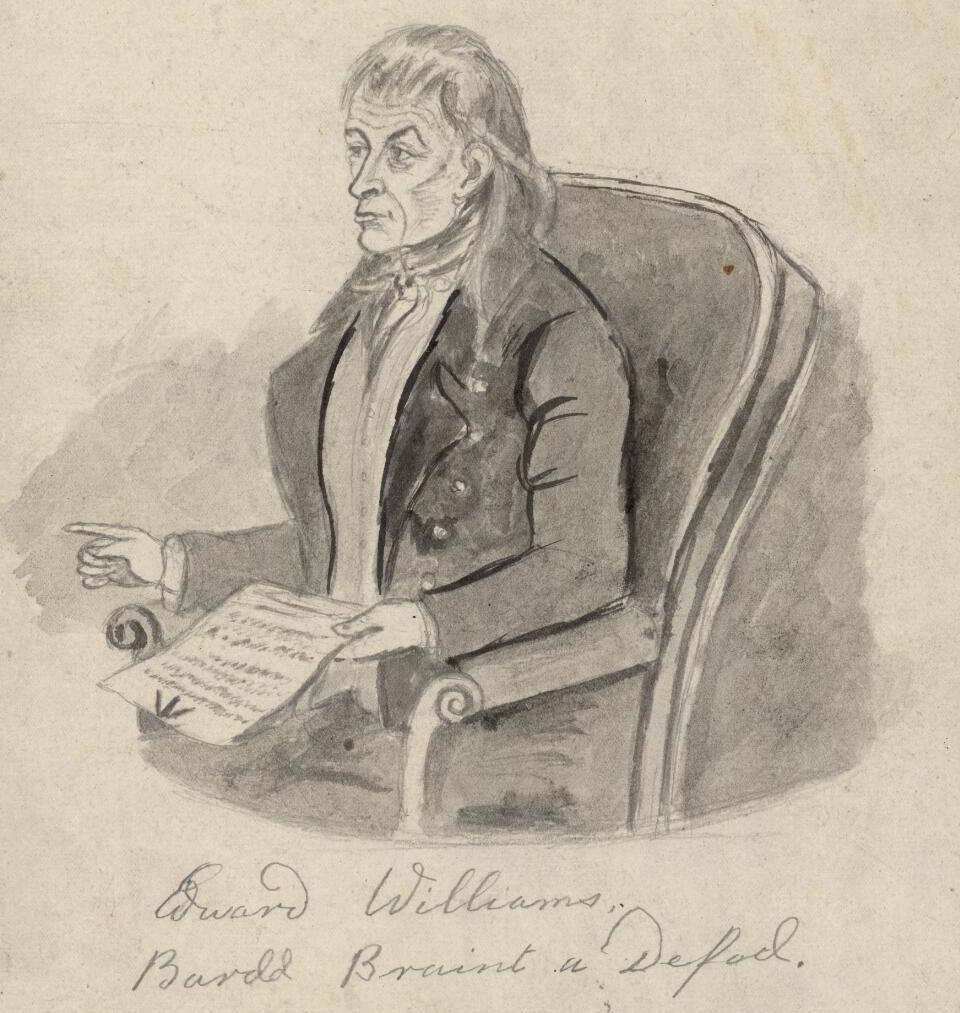 He was an accomplished Celtic scholar and poet who epitomised Romanticism. Coupling knowledge with an innovative instinct, he combined past and present culture with fabrications to develop a powerful new concept of Welshness.

Iolo presented the Welsh as the most important people in Britain and the earliest defenders of the Celtic world against Roman invaders. He ‘revived’ a Druidic circle called Gorsedd of the Bards of the Isles of Britain to promote and enrich Wales’s cultural heritage. The Gorsedd became Welsh poetry’s court of law, training poets in their craft, and regulating the order of Welsh poetry.

The Gorsedd first met in London in 1792 and solidified its position in Carmarthen in 1819 where it became associated with the eisteddfodic institution. 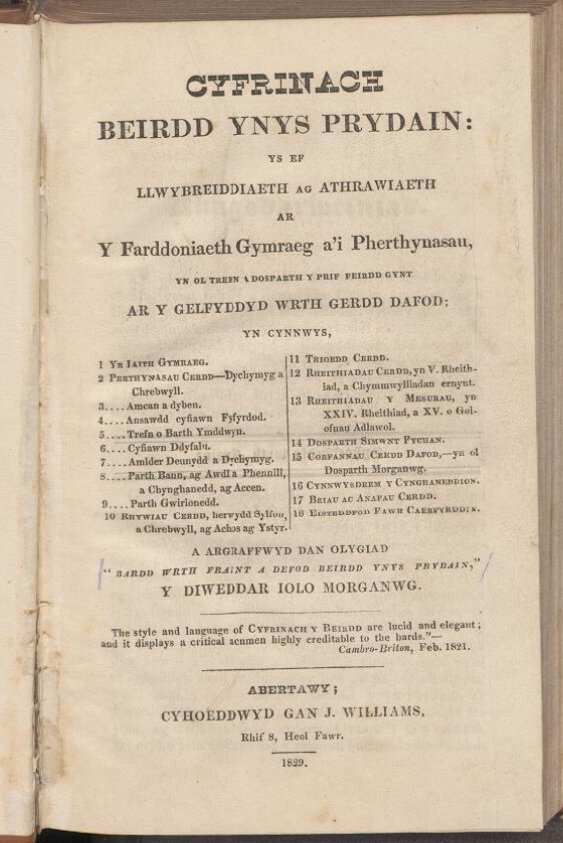 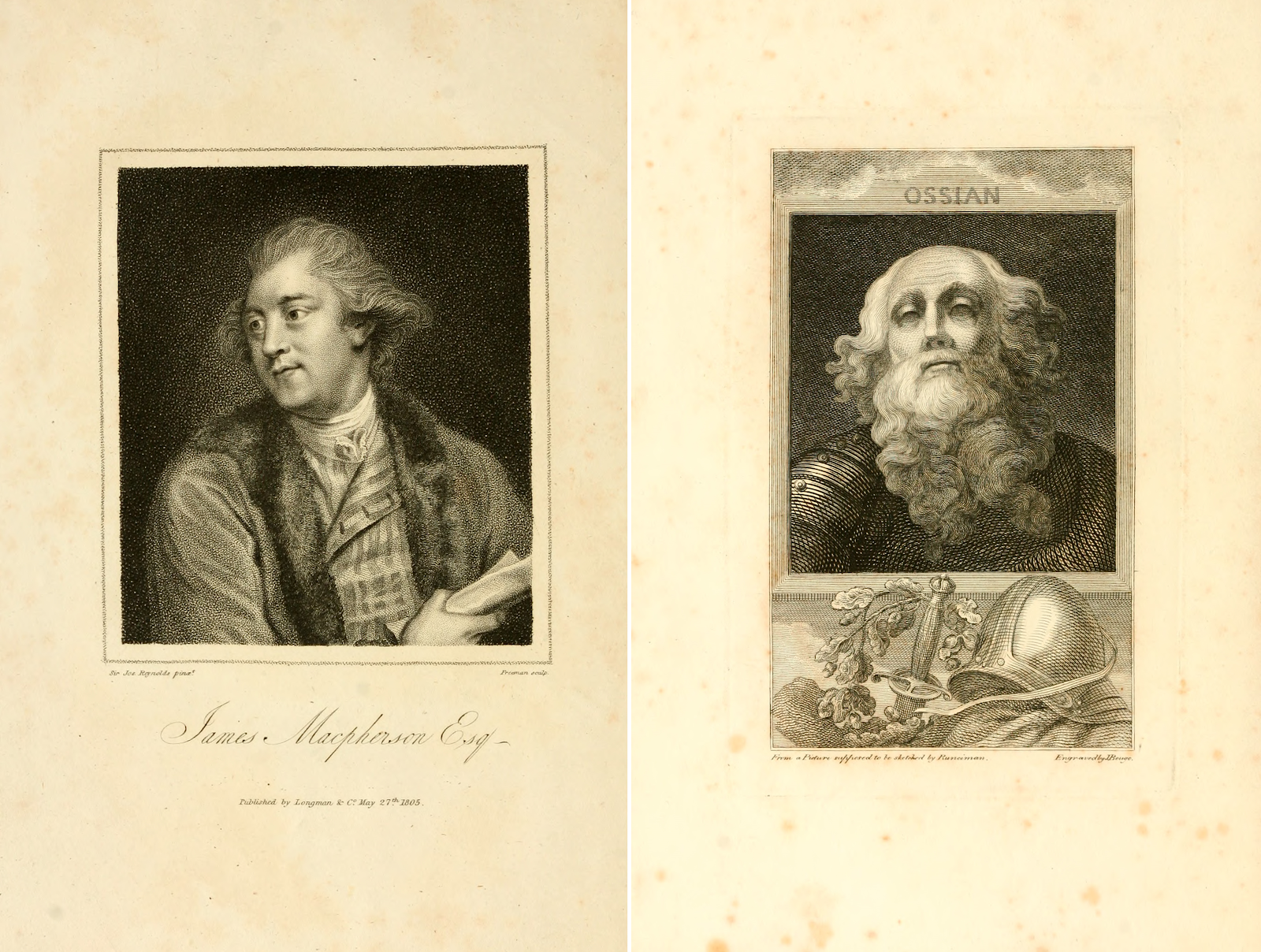 The Ossian cycle is one of the most significant literary forgeries of all time. James Macpherson’s epic poems were hugely popular but his claims that they were translations of Gaelic verse by a 3rd-century bard called Ossian caused immediate controversy.

As gross an imposition as ever the world was troubled with.

Many challenged the authenticity of the poems, especially Dr Samuel Johnson who in his  Journey to the Western Islands of Scotland called Macpherson a fraud. Macpherson was so outraged that he even challenged Johnson to a duel!

Macpherson denied that he had invented most of his translations but he repeatedly failed to produce the original manuscripts. Some of the poems have roots in genuine Gaelic manuscripts like the Book of the Dean of Lismore but it is widely accepted that they are largely fabricated. 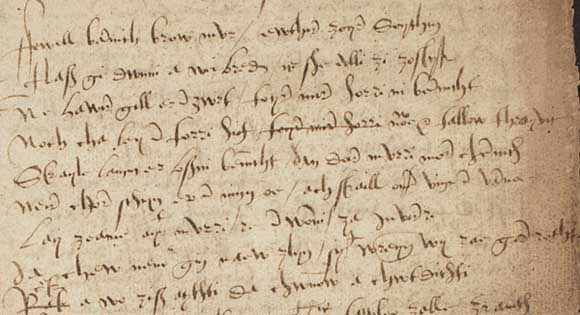 Ossianic verse in the Book of the Dean of Lismore Adv.MS.72.1.37, National Library of Scotland, In Copyright.

The Romantic Legacy of Morganwg and Macpherson

It was only after MacPherson’s death in 1826 that scholars discovered that many of Iolo’s findings were also forgeries, but despite the controversies the work of both men had a profound cultural impact.

Iolo’s influence is still evident in the opulent Gorsedd ceremonies, which are an integral part of the annual National Eisteddfod of Wales. Today he is a legendary figure in his own right. 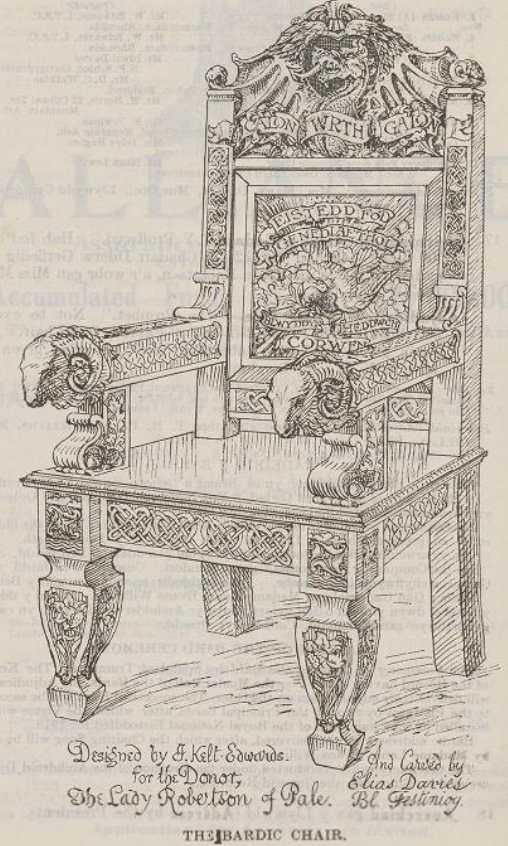 The ‘chairing’ of the winning bard was an integral part of Iolo’s Gorsedd ceremonies. This illustration can be found in “The Royal National Eisteddfod of Wales, Corwen” events’ programme (1919), p. 210. Copyright: Eisteddfod Genedlaethol Cymru.

_Ossian_’s romanticised vision of Scotland shaped the way people imagined its landscapes and inhabitants. Translations in a dozen languages stimulated national revivals and inspired art, literature and music across Europe.

Morganwg and Macpherson sparked fresh interest in native Celtic cultures that survived all accusations of forgery. Their mythical works helped define the Romantic Movement and continue to inspire ideas about national identity.

Featured image: Lithograph of the Isle of Staffa by E. Walker after W. A. Nesfield, University of Edinburgh, CC BY