Romanticism was an artistic movement that took place during the late 18th century in Europe. The movement was rooted in Germany and connected to the German 'Sturm und Drang' movement, which chose intuition and emotion over rationalism. This together with the ideologies and events of the French Revolution, laid the foundations from which both Romanticism and the Counter-Enlightenment emerged. 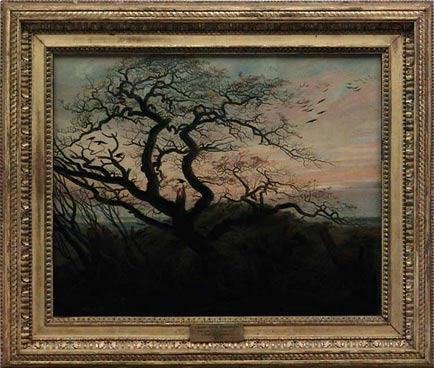 Starting as a reaction against the intellectualism of the Enlightenment; untamed nature, strong emotion, and imagination were authentic sources of beauty in a rapidly changing world. At that time, Europe was engulfed in an industrial revolution and society began to challenge conventional forms of Neoclassicism in art, music, and literature. Romanticism provided an escape from the rigidity of the social structures protecting privilege, and against the materialism of an age which, already showed signs of developing squalid living environments and making workers the slaves of machinery. 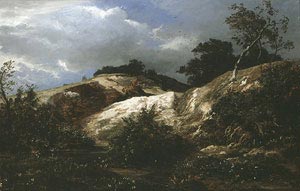 The movement turned away from the developing industry, rationalism and sprawling urban environments, therefore, places that were not yet 'spoiled' by human rational were considered the most pure and a source for inspiration. The typical romantic character may be expressed in Byronic ideals of a gifted, heroic yet tormented loner, following his inspiration rather than the conventions of his society.

If you close our eyes and dream about Romanticism, what comes to your mind? Is it music by Robert Schumann, Franz Schubert or Ludwig von Beethoven? The literary works from the Bronte sisters, Edgar Allen Poe or Goethe? Or perhaps a painting by William Turner or Caspar Friedrich? 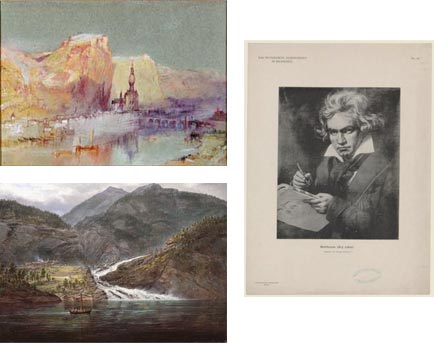 The German/Swedish painter Caspar David Friedrich (1774-1840) is considered as one of the icons of Romanticism. The ideas of Jean-Jacques Rousseau about nature and simplicity, from Johan Gottfried Herder (who rejected classisism and seached for authenticity of the ‘true people’), and the fascination with medieval times, they all seemed to meet harmoniously in Friedrich's paintings.