The past few years have witnessed a renewed interest in vintage and vernacular photography and photographic archives in general. This increase in attention is clearly reflected within the arts. More and more photographers/artists blend their own creations with existing photographs or use vintage photography and old techniques as a basis for new works of art. An outstanding example is the work of Simon Norfolk, who revisited the photographs of John Burke.

In 1878 John Burke, an Irish photographer based in India, accompanied British army forces during an invasion in Afghanistan. There he produced a small number of albums with prints to be sold to the general public in his studio in India. These images are the first photos produced in Afghanistan known to date. In 2001 Simon Norfolk (UK) went to Afghanistan and produced the highly acclaimed photo book Chronotopia (Dewi Lewis, 2002). Inspired by romantic paintings of the 18th century with their golden lights, Norfolk explored the aftermath of the conflicts that struck Afghanistan the past decades.

The images, shot in yellowish, warm light, hint at an Afghanistan that is at the close of one thing and at a beginning of something new. Norfolk, disappointed in the continuation of the war in Afghanistan in the following years, sought a point of departure to return and produce a new body of work. When Brian Liddy, curator at the National Media Museum in Bradford, showed Norfolk a Burke album, he knew he had found it. Seeing history repeating itself, Norfolk set out to Afghanistan to photograph in the spirit of John Burke: what would John Burke have shot if he had lived today?

Simon Norfolk did not aim at rephotographing the views and subjects, but at matching the spirit in which John Burke took his images. Early photography was a very costly affair and mostly institutionalized. Snapshot photography as we know it today, didn’t exist. Burke is a very complete photographer, shooting landscapes, (group) portraits, news and events. His images are quite lyrical and emotional. 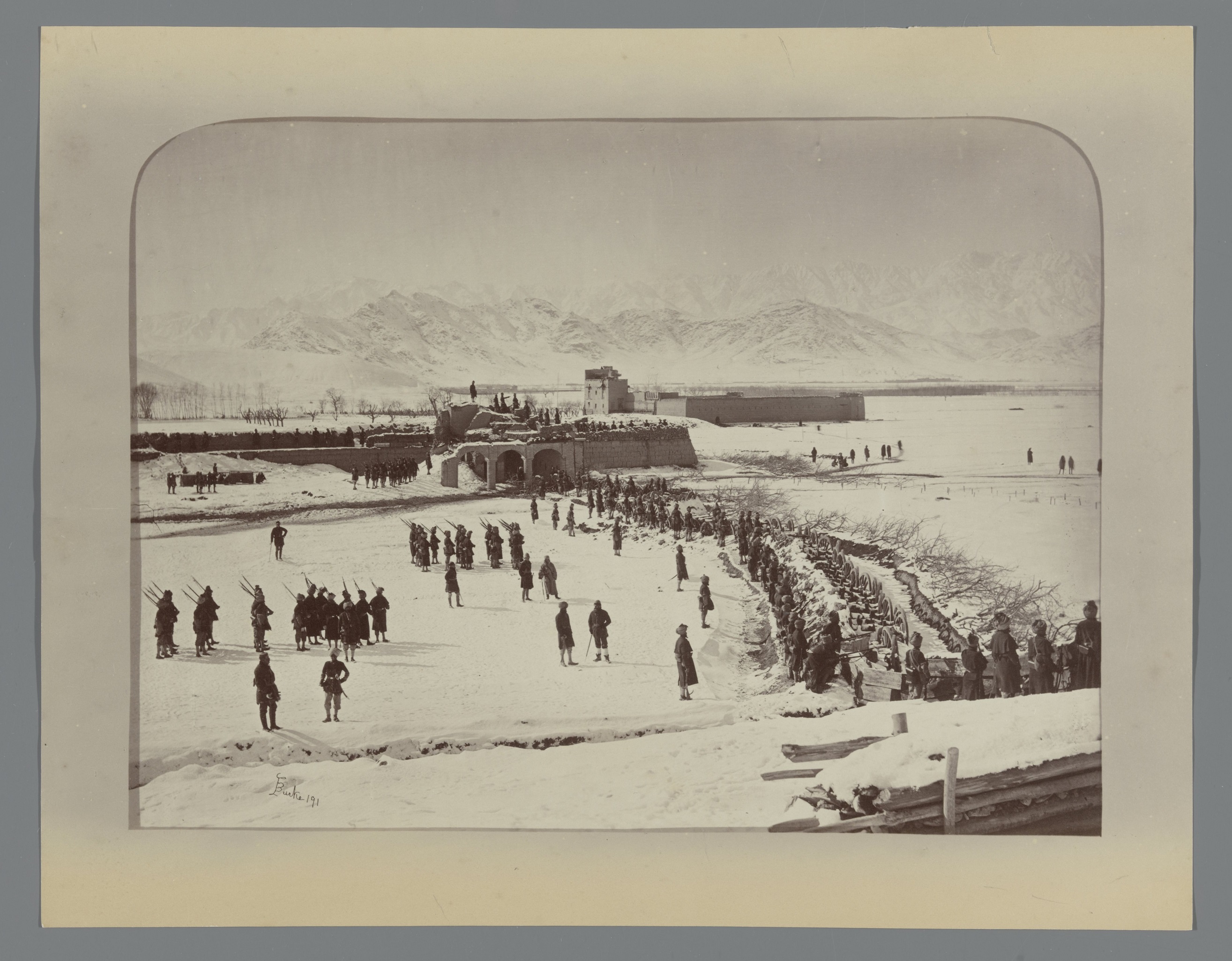 This might be explained by the fact that his trip to Afghanistan was a commercial undertaking, and that his images and albums were intended to be sold as a souvenir to soldiers, officers, etc.. This also partly explains why no battles or aftermaths of fighting scenes are depicted, even though they were taken on a military campaign of the British Army: such images have no commercial value. Burke’s background also comes into play: he was an Irishmen, a catholic, with no formal training. Working for the British army thus makes him somewhat of a bystander.

History is clearly repeating itself

Norfolk shoots the same types of subjects as Burke: portraits, city views and military installations. The latter two are presented in colour, the portraits in black and white. Throughout the book and exhibition, Norfolk’s images are mixed with Burke’s to form one body of work. The Burke + Norfolk project highlights analogies and similarities: here, history is clearly repeating itself, over a time lapse of 130 years.