Republic of Letters: Correspondence between Intellectuals in Renaissance and Early Modern Europe

The “Republic of Letters” was established in Italy with the first humanists. Their abundant correspondence, which included letters that were both personal and intellectual, continued to the Enlightenment.

The “Republic of Letters” was established in Italy with the first humanists. Their abundant correspondence, which included letters that were both personal and intellectual, continued to the Enlightenment.

The Italian scholar and poet Francesco Petrarca (1304-1374) was a towering intellectual and is considered the founder of Humanism. He was inspired by the writers of classical Rome, in particular Cicero and Virgil.

Petrarch’s corpus of letters is organised as an exchange of intellectuals in perpetual contact with other intellectuals without the recipients’ names. His Epistolae familiares deal with family matters and the Epistolarum rerum senilium contains letters of old age and, in the last epistle, Petrarca’s autobiography. 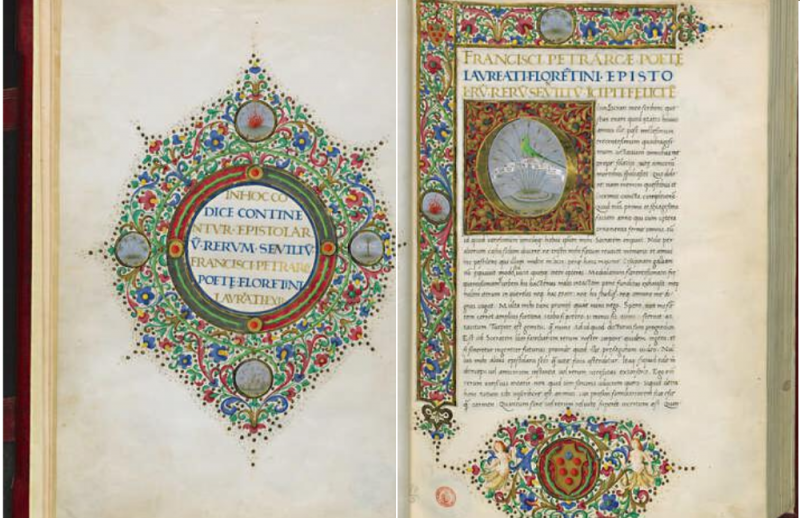 A letter in the Epistolarum rerum senilium sent to Boccaccio a year before his death is emblematic of the artistic correspondence between the two intellectuals: it is a sort of spiritual testament. Boccaccio invites him to abandon his studies to save his strength, while Petrarca expressed the desire to continue his literary work, the true meaning of his life, to the end.

From the Middle Ages onwards, correspondence continued to forge links between different parts of society. During the Enlightenment, correspondence was a major part of social interaction among the elite, as important as cafés, salons and clubs. It was a way of continuing the conversations begun in person in a space that was at once intimate and intellectual.

Madame du Deffand (1697-1780), a brilliant intellectual, opened a salon in 1740 where European aristocrats and the literary, scientific and artistic elite could meet.

She continued the conversations held in her salon in her letters to the bright minds of her day. Her correspondents include many well-known people, some of whom have since become important figures in the Republic of Letters, such as Madame de Staël, the Président Hénault, Montesquieu and d'Alembert. She is best known for her epistolary relationship with Voltaire, with whom she exchanged letters of over a period of nearly 50 years, and for her romantic correspondence with Horace Walpole towards the end of her life.

Madame du Deffand's intelligence and conversational talents fascinated her contemporaries and her salon was known throughout Europe, particularly through Grimm's 'Correspondance littéraire’.

Voltaire and Rousseau’s Letters to Panckoucke

Voltaire is perhaps one of the best known figures of the Republic of Letters in the 18th century. In 1828, the letters that he and Jean-Jacques Rousseau had sent to Charles-Joseph Panckoucke, editor of the 'Encyclopédie méthodique', were published.

Voltaire and Rousseau's letters tell of news in the publishing world, intellectual life and the project to publish a supplement to the 'Encyclopédie', as suggested by Denis Diderot. These letters also show the friendship each of the philosophers felt for the editor.

The Republic of Letters made possible the diffusion of thought and created the cultural unity that has led to knowledge overcoming territorial and national borders.