Some of his paintings, like his famous sunflowers, chair, starry night, terrace cafe and bedroom, are amongst the most distinctive and recognisable (and certainly the most popular at student poster sales) in the world.

But are you familiar with these two?

They are both part of a series Van Gogh painted during a period of very intense creativity between August and October 1888, when he was staying in the south of France. The first is The entrance to the public garden in Arles and the second is Walk in Arles. 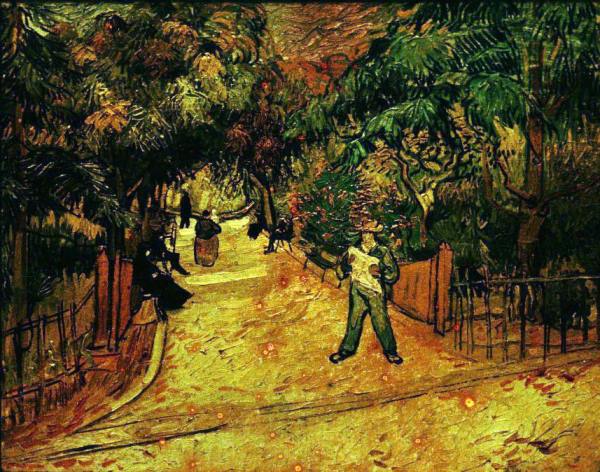 Photograph of ‘The entrance to the public garden in Arles’ (1888) by Vincent Van Gogh. French National Library, Public Domain 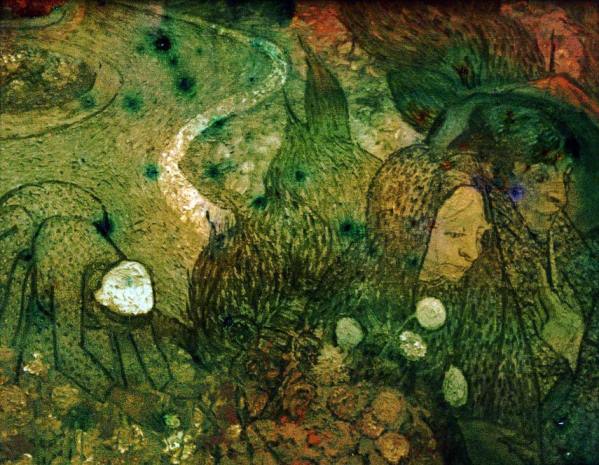 In a short period of ten years, Van Gogh made approximately 900 paintings.

He only sold one painting during his lifetime and only became famous after his death. He suffered from temporal lobe epilepsy as well as other mental and physical conditions. He had an older brother who died at birth. His name was also Vincent van Gogh. Vincent’s brother Theo died six months after Vincent and is buried next to him in Auvers, France. 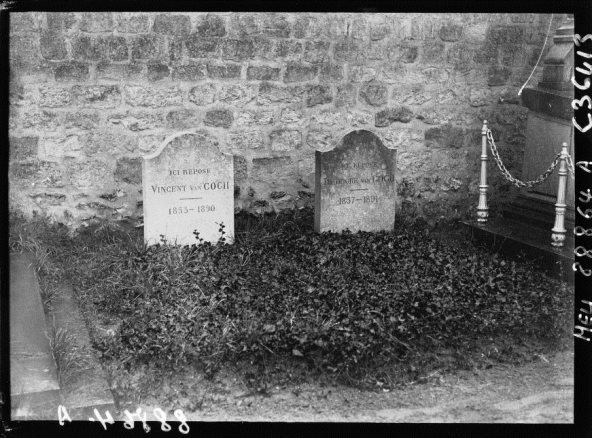 Vincent and Theo were very close and wrote many letters to each other (Vincent wrote at least 600 to 'My dear Theo').

Some of these are now looked after by the National Library of the Netherlands and you can explore these letters on Europeana.