Remember, remember - but I forgot!

A well-known rhyme taught to all children, and one I've known for many years. So, how did I forget it? Somehow, the fact that my all-time favourite night of the year was imminent slipped my mind and I made another commitment. A boring one - a committee meeting for a group I'm involved with. Usually I don't mind them - we discuss the always exciting future of a choir I sing with. But tonight, Monday 5th November, I will mind because while we're inside chatting about concerts and costumes, I'll be able to hear fireworks going off and smell the bonfires burning and I'll know I'm missing out on the night that marks the beginning of winter to me. 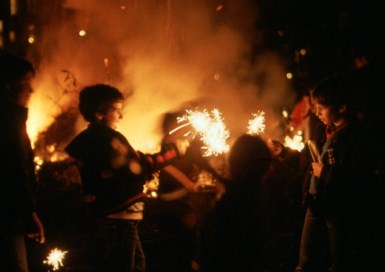 Children with sparklers on Bonfire Night

Those in the UK will know that tonight is Bonfire Night or Guy Fawkes' Night. Others from elsewhere around the world might not know what this is. So let me tell you... Essentially, it is a night when families wrap up warm and venture out into the dark cold November night, stand as close as they can to a huge bonfire (which sometimes, although less often nowadays, has an effigy of a man on the top that is burned as the bonfire takes hold) and wait outside, shivering and waving sparklers, until it's time for a huge firework display. Then they look to the sky, exclaiming 'ooh' and 'aah' as what was dark fills with noise and light. Most communities hold a display at schools, in parks, at sports grounds, anywhere there's space for the pyrotechnics.

There might also be stalls selling mulled wine or hot cider, toffee apples and ginger cake, and often there are charity collections too. But why? To commemorate the fact that a man  called Guy Fawkes (the one who you see getting burned on top of the bonfires) from York, England, tried to blow up London's Houses of Parliament in the Catholic rebellion's Gunpowder Plot of 1605. He was caught and the historic institution remained intact. Personally, I've never really understood why we celebrate the fact that something wasn't blown up by... blowing things up. But I love fireworks and mulled wine so I won't spend too long arguing about it!

So, in order to make me feel better for having to miss my favourite night of the year - here are some images from Europeana. First, a couple of political cartoons on the subject. And finally some good old-fashioned fireworks: a great watercolour of various pyrotechnics by J Lodge, and then some real-life explosions over the Millennium Bridge in Newcastle-Upon-Tyne, UK. All together now: 'Ooh! Aah!' 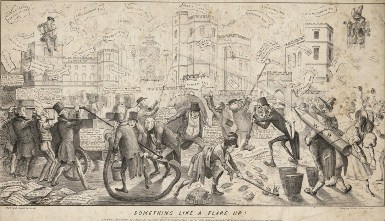 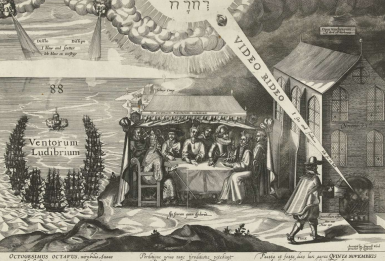 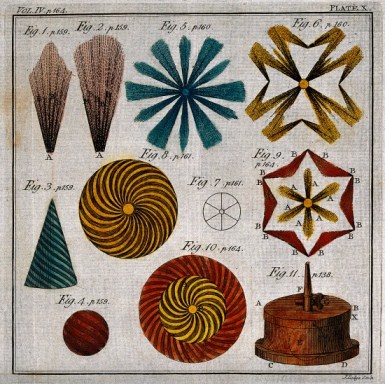 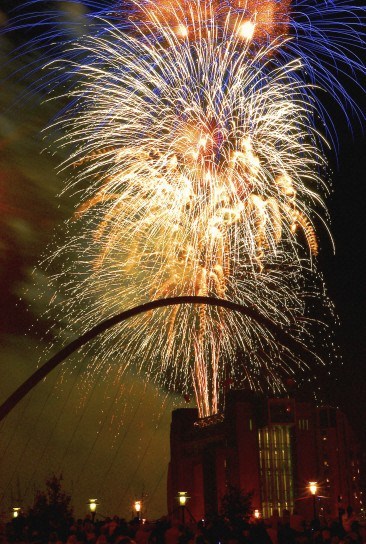