Reading habits in the past

How text has influenced how, what and why we read

The shape of the text has influenced how, what and why we read. This is the first blog of the Rise of Literacy project, where we take you from papyri to universities, exploring literacy in Europe thanks to the digital preservation of precious textual works from collections across Europe. 2000 years ago, texts were written on scrolls of papyrus. Only between the 2nd and 3rd centuries, the codex - the bound book as we know it - became common. In Ancient Greece and the early Roman Empire, reading meant holding such a volumen with both hands and unrolling it from right to left. 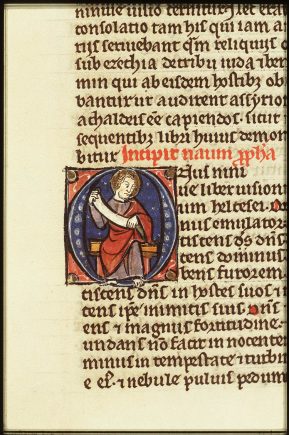 If you think that was hard, consider that punctuation - as we know it - didn’t exist! Words could be separated from one another with a full stop or even not separated at all (_scriptio continu_a). Nonetheless, reading was a popular practice, even amongst the less educated. It was common to read aloud in public: educated slaves, landlords or authors themselves would read aloud following rhetorical rules to give the right inflexion. The important art of oratory is described by authors like Quintilianus ( c. 35-96 AD). 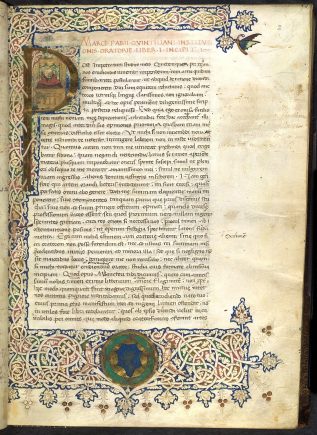 “There is much that can only be taught in actual practice, as for instance when the boy should take breath, at what point he should introduce a pause into a line, where the sense ends or begins (...) and when he should speak with greater or less energy”

Contrasted with the overtly public practice of reading aloud, the early Medieval Christian way of reading (IV-XI cent.) was remarkably different. The book, now in the form of a codex (the book as we know it), was the shrine of the word of God. Reading became slower, more personal and silent. People used to read a small number of texts several times, possibly learning them by heart. This explains the prominence of the Book of Hours, small books containing Psalms, prayers and religious offices collected for individual worship (see our collection on Europeana). In this era of low literacy, official as well as religious texts were still written in Latin across almost all of Europe, but not everybody could understand Latin. Irish scribes in particular helped to further the reading and understanding of Latin texts by introducing new features, like the more obvious division of words and sentences via punctuation marks and the litterae notabiliores: from simple letters in a different color, to the large illuminated letters we commonly associate with illuminated manuscripts that highlight new chapters and paragraphs. 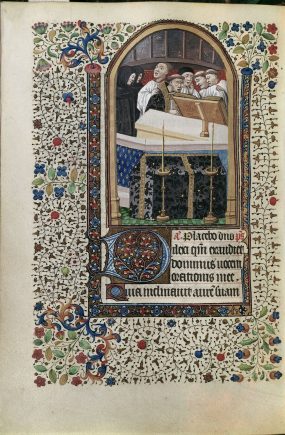 The establishment of universities in the 12th century brought more remarkable changes. As now the book was read with an academic scope, the text was often displayed in two columns, allowing faster reading and leaving space for writing notes. 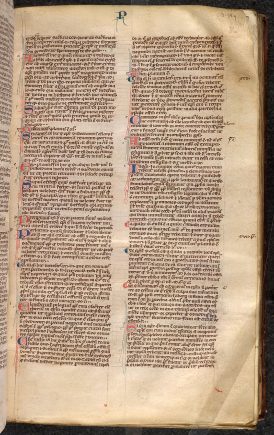