A literary life of migration and exile

Author Miloš Crnjanski’s works form an invaluable part of Serbian 20th-century literature. His creative writing - poetry and prose - as well as his life in general, were marked by key elements: migration, exile and existential drama. 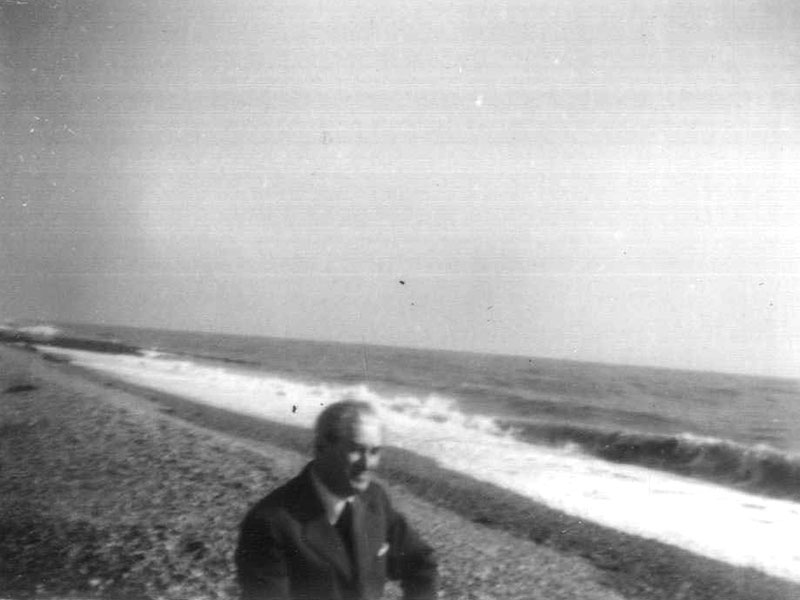 Crnjanski was born in Csongrád (a town in Hungary he referred to as ‘Siberia for clerks’), where his family lived quite humbly. Later, he moved to Timisoara where he graduated from primary and secondary school, played football and wrote his first verses.

He was in Vienna at the onset of World War I, so he was forced to be a soldier for the Austro-Hungarian army. He had to participate in battles taking place in Galicia and Italy, constantly facing the atrocities of war.

At the end of the war, Crnjanski returned to Belgrade where he enrolled in literary studies and began editing the Dan periodical.

His first books portrayed the futility of war suffering and the tragic division of the young generation. A warrior’s return to his homeland is the central motif of his poetry collection Lirika Itake (The Lyricism of Ithaca), published in 1919.

Crnjanski laid the foundations of the early avant-garde movement in Serbian literature. That can be illustrated with a sentence in his Objašnjenje Sumatre (The Explanation of Sumatra) from 1920: ‘The world still hasn’t heard the terrible storm above our heads, while shakings come from beneath, not from political relations, not from literary dogmas, but from life. Those are the dead reaching out! They should be avenged.’

War motifs and indignation due to war carnage also shaped the tone of his poetic novel Дневник о Чарнојевићу (A Diary of Čarnojević) from 1921, which re-shaped the traditions and fixed patterns that dominated Serbian novels of the time.

After briefly travelling around Europe, he returned to Belgrade, where he married Vida Ružić, his life-long companion.

After graduating from the Faculty of Philosophy in 1922, he started teaching at the Fourth Belgrade Grammar School. Simultaneously, he published opinionated articles in distinguished periodicals, such as Politika, Vreme, etc. Representing radical Modernism, his articles published in the weekly periodical Ideje caused fierce literary and political debates at the time.

Crnjanski’s professional journey further led him into the diplomatic service for the Kingdom of Yugoslavia. He worked in Germany (1935-1938) and Italy (1939-1941). When Yugoslavia took part in World War II, he was evacuated from Rome to Lisbon, across Madrid, and later he got to London.

Crnjanski had a harsh life in London, as he had lost all his sources of income.

Even though he had a university degree and spoke five languages (Hungarian, German, French, Italian and English), he spent some time working in a bookstore, delivering Christmas cards and as a bookkeeper in a shoe store.

By the 1950s, he became a London-based correspondent of El economist, an Argentinian periodical published in Buenos Aires. He wrote prolifically. At the time, he wrote Roman o Londonu (A Novel on London), a powerful cosmopolitan work on exile taking place in London, with a Russian protagonist.

He also wrote a masterpiece Druga knjiga Seoba (The Second Book on Migration) and a poetic Odyssey Lament nad Beogradom (Lament over Belgrade).

As a political emigrant, Crnjanski spent time completely away from the Serbian literary scene. In the 1950s, he published some of his writing in periodicals of emigrants in America, Canada and Germany.

However, when he returned to Serbia in 1965, some of his books had already been published there, including Seobe (Migration), Dnevnik o Čarnojeviću (A Diary of Čarnojević), Konak (Lodging), Itaka i komentari (Ithaca and Comments), Druga knjiga seoba (The Second Book on Migration).

Therefore, to Crnjanski, life in emigration represented a drama on cultural marginalisation, which had a powerful impact on his creative work.

The feeling of being a foreigner affected his inner self, with the central figure in his works being a man in a foreign place. He portrayed emigrants, outsiders, people living on the margins and borders of society. With the power of extraordinary literary language, Crnjanski managed to show that a man at the edge of existence could still possess a shine of true greatness.

At the same time, Crnjanski’s genius is reflected in the fact that his works enable us to truly feel the spirit of the epoch we still live in (for instance, neoliberalism in Roman o Londonu).

Crnjanski was able to live his elderly days peacefully in his homeland.

Soon after he returned from his 20-year-long exile, his Sabrana dela u 10 tomova (“Collected works in 10 volumes”) were published in 1966. In 1971, he received the respected NIN award for Best Novel of the Year and the Most Read Book of the Year award for Roman o Londonu.

In 1977, he died at the age of 84, with his widow gifting his complete legacy to the National Library of Serbia. In 1993, the Miloš Crnjanski Foundation published a critical edition of his works.