Today is International Women's Day. In order to write today's blog, a couple of weeks ago, we ran a poll on our Facebook page asking our followers to vote for who they thought were the most influential and inspirational women of history. The poll options, which followers could add to, became a substantial list of great women including Jane Austen, Rosa Parks, Amelia Earhart, Mother Teresa and Joan of Arc. But there was a very clear winner with 45% of the vote: Marie Skłodowska - better known as Marie Curie.

When I put the Facebook poll together, to me, it was merely a list of interesting, historical people. Marie Curie was just a name on a list of names. But since then, it's got personal. This week, a close family member of mine was diagnosed with breast cancer. Whilst this is clearly not good news, the prognosis is excellent due to early diagnosis and the decades of research that has now gone into treating the disease. This has made me think about the effect that one woman born nearly 150 years ago continues to have on the lives of women everywhere today. 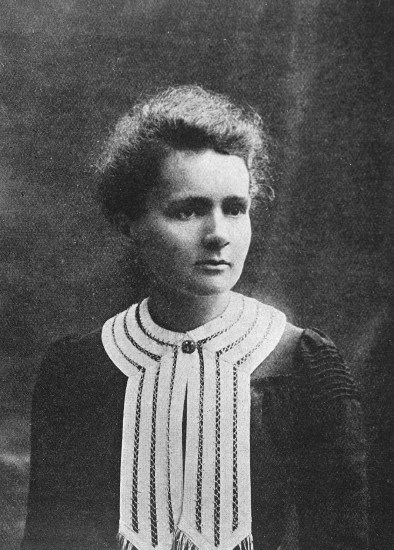 Marie Skłodowska was born in 1867 in Warsaw, Poland, and was the youngest of five children. Her parents, Bronisława and Władysław, were both teachers. Her father lectured in maths and physics – both subjects Marie went on to pursue herself. She applied for a place at Krakow University but was rejected because she was female. When I visited Krakow in 2000, my tour guide told me that as a result of the rejection, Marie attended lectures at Krakow dressed as a man until her deceit was discovered. I love this image but I can’t find any evidence of it online (and we all know that if it isn’t online, it doesn’t exist), so I think I may have been misled – can any of you readers confirm that?

What my research does tell me is that Marie and her sister Bronisława became involved with an organisation called the Flying University - a clandestine educational establishment teaching a pro-Polish curriculum in defiance of the Russian authorities, and one that was, shock horror, willing to admit female students.

United Nations statistics show that today, there are equal numbers of men and women studying in 'tertiary' education (also called 'further', 'higher' or 'continuing' education) worldwide. So that's it, education is equal the world over, right? Wrong. That's an average, and the figures vary widely from country to country, from 16% women in Guinea-Bissau, to 85% women in Montserrat. In Europe, the figures are more balanced as these examples show - women make up 57% of tertiary education students in the UK, 58% in Poland, 63% in Latvia, 55% in France and 59% in Sweden.

However, the gender bias of subject matter is still strong. There remain subjects that are studied by men and subjects that are studied by women. Did you know that less than one-third of graduates in maths, science and technology in Europe today are women? Imagine Marie's situation 130 years ago - not only did she pursue the unfeminine ambition of education, she was studying topics that were, and still are, traditionally under the remit of men. 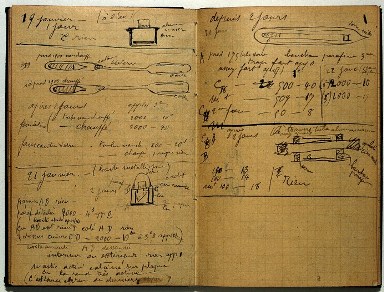 Marie moved to Paris, France, in 1891, to join her sister and her husband, and to study at the University of Paris (La Sorbonne).  Here, she earned two degrees - one in maths and one in physics, studying by day, and tutoring by night to earn the money to pay the bills. Later, she became the University's first female professor.

In 1895, she married Pierre Curie, a tutor at the School of Physics and Chemistry in Paris. She changed her name to Marie Skłodowska-Curie, preferring to go double-barrelled and keep the Polish part of her name rather than simply take her husband's. Why then, I wonder, do we now know her only as Marie Curie? Whose decision was it to lose her maiden name? Was it because Marie Curie has a nice symmetry to it, or that there's a semantic link between the name Curie and the word 'cure'? Or was it the pressure of tradition? 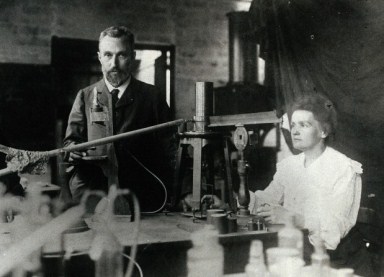 In 1896, Marie took up a scientific puzzle that had stumped her colleague, Henri Becquerel, and cracked it herself. In doing so, she discovered and named radioactivity, and worked out its relation to uranium. In the biography she wrote of her husband in later years, Marie was careful to point out that these discoveries were hers and not Pierre's. Following on from these discoveries, Marie went on to develop techniques for isolating radioactive isotopes, and discovered two new elements, polonium and radium. Under her direction, the world's first studies were conducted into the treatment of neoplasms (masses of tissue that can develop into cancer), using radioactive isotopes.  It was Marie's research and discoveries that led to the radiotherapy treatment available to cancer patients today. Marie was the first woman to be awarded a Nobel Prize and the first person ever to receive two of them - the Nobel Prize for Physics in 1903 and the Nobel Prize for Chemistry in 1911.

For most cancer types, radiotherapy (or radiation therapy) is used 75% of the time with the intention of curing, rather than halting development of cancers. It is the most cost-effective treatment for cancer and is involved in 40% of all cases in which cancer patients are cured. World Health Organization figures show that over 12 million new cancer cases are diagnosed every year and it is anticipated that this will rise to 22 million by 2030. So with every year that goes by, Marie's discoveries take on even greater significance. On Europeana, you can explore the whole Marie Curie collection, or try these highlights: watch Italian television celebrating Marie's life in 1967; discover Marie and Pierre's handwritten notebooks on the discovery of natural radioactivity, the study of uranium, and the discovery of polonium and radium; or browse photographs of Marie with her daughters both at work in the science lab and in a more domestic setting. 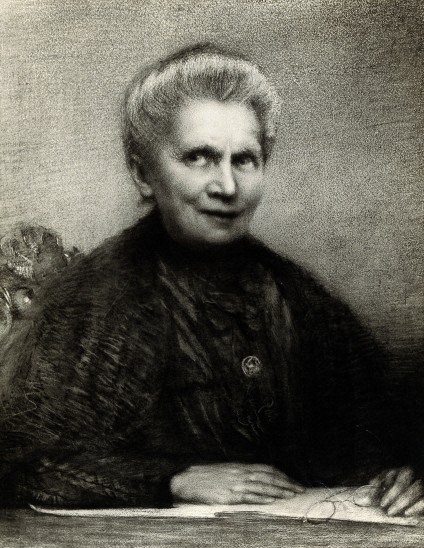